Back Pain With 5x5 Squat

Now I hurt my lower back in may of last year, and had to restrict my exercises quite a bit - squats were the most painful. Then back in September I was able to incorporate front squats using very light weight back into my routine. My lower back would hurt for a few days but I’d only front squat once very 10 days - on the other days I’d do lunges, deadlifts, or romanians.

I built up enough confidence front squatting that I thought I could translate it to regular squats - but I just started this Monday and have had some pain. Deadlifts are fine, Romanians feel great, and any sort of lunge movement I have no pain with, so my question is what would one recommend to replace squats with on the Bill Starr 5x5.

I don’t want to fuck with the program - (although I’m doing power cleans instead of barbell rows but that was the original exercise anyway). Or is it if I switch squats out with lunges does it pretty much negate the greatness of the routine. Any thoughts?

First, focus on fixing your back if you can. Can you do good mornings or reverse hypers?

I work out in my garage, so I don’t have a reverse hyper station. But I can do good mornings no problem. In fact, that motion feels good for whatever reason - the stretch on the hamstring maybe or that my lower back is much more fixed because I’m only bending at the hips. When I squat, it’s not a ton of pain, but it’s enough to the point where I know I shouldn’t push it. And I’ll have some minor discomfort and a funny feeling in my left leg for a couple of days. And with the program squatting 3 times a week that couple of days turns into all the time.

I think that your lower back is still deconditioned. Before you can squat with heavy weights you need lots of hyperextensions, reverse hypers and good mornings.

I also worry about the “weird” feeling on your left leg after squatting. Could be the indication of an imbalance or a neuromuscular problem. Did you go to the doctors on your first injury to assess the damage and possible implications to your lumbar nerves?

I went to a doctor and he just said I strained it and sent me on my way. But I was feeling pretty good from september until now. My back would only be a little screwy here and there after I did front squats, but overall pretty good - Romanian deads actually made my back feel better I think that helped me rehabilitate it from how bad it was in the summer. I thought I was good enough to try squatting 3 times a week vs. squatting once every 8-10 days, but it doesn’t seem that way.

I think time will get my back better - I just was wondering if anyone thinks it’s worth doing Starr’s 5x5 if I had to sub squats with lunges or something else or should I just try some other routine. 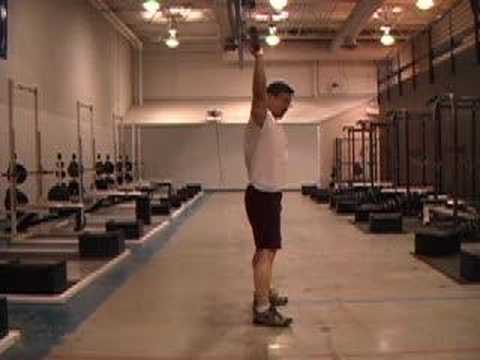 I did that exact program for a year. It’s fine if you sub front squats for back squats, but you absolutely have to squat.

If your back hurts when you squat, your form is bad, or you have an injury. You should get your back checked out. If you have questions about your form, you can post a video of yourself squatting. It’s very difficult to squat correctly, so it’s wise to get as much help as you can.

Hey, first off, pain doesn’t happen first. Pain follows some kind of joint dysfunction. You need to find out if it originating in your ankles, knees, hips or thoracic spine. I would guess it is your hips that need working on, but I would need more info. You must train the glute medius, adductors and abductors. Do not do hyperextensions or crunches. The muscles of the core are first designed to stabilize, not flex, extend or rotate. Hope this helps, let me know if you need more detail-Kyle CSCS

Thanks for the info. I’m going to see if I can video myself later today doing both regular and front squats.

Sounds like you have a bulging disc. A lot of well-meaning individuals will quickly tell you to “strengthen” your lower back. This will probably make things worse. In my experience with myself and many others, it’s not your lower back strength that’s the problem. Problem is weak abdominal wall and oblique musculature combined with tight hip flexors among other things. Generally causes the lowest lumbar spaces to “open up” when you approach the deepest point in your squat. That coupled with high loads causes the disc to protrude posterolaterally, causing nerve root impingement and leg pain.

I’d perform stretches daily for the musculature around the hips, utilize abdominal movements that minimize the psoas involvement, NSAIDS and ice after workouts, inversion table therapy if available, and slowly work your squat back up. Definately don’t squat 3x per week unless going very light or with significantly varying loads. Good luck.

[quote]Radjxf wrote:
Sounds like you have a bulging disc. A lot of well-meaning individuals will quickly tell you to “strengthen” your lower back. This will probably make things worse. In my experience with myself and many others, it’s not your lower back strength that’s the problem. Problem is weak abdominal wall and oblique musculature combined with tight hip flexors among other things. Generally causes the lowest lumbar spaces to “open up” when you approach the deepest point in your squat. That coupled with high loads causes the disc to protrude posterolaterally, causing nerve root impingement and leg pain.

I’d perform stretches daily for the musculature around the hips, utilize abdominal movements that minimize the psoas involvement, NSAIDS and ice after workouts, inversion table therapy if available, and slowly work your squat back up. Definately don’t squat 3x per week unless going very light or with significantly varying loads. Good luck. [/quote]

I agree with Radjxf. A solid core “fixes” a lot of back pain. Strengthen your core and see if it helps.
Personally I have scoliosis (diffent deal but you get the point) and until my physical therapist had me do a ton of ab and connector muscle work I couldn’t do squats at all. I can still only do them on a smith machine but few more months of physical therapy we think I’ll be able to handle the load on my back. Good luck, fix your back up ASAP don’t get F’d for life just trying to fight through the pain. I’d rather have working bird legs than be stuck in a chair.

You should immediately prioritize rehabilitating your back and then making it even stronger. Unless you want this to happen again, you are strongly recommended to seriously take steps toward fixing this imbalance as it deals with your core.

Don’t jeopardize your long term health for a desire to do a certain physical move immediately when you can do it later when your fully recovered.

Thanks for the responses. I went through the squat RX videos and tried stretching my hips and hams a bit more and that seemed to help. I will upload the videos here in successive posts as soon as I finish convertin ghtem on my computer. Because of the tight space I work out in, I am only able to get the view from behind.

I notice my knees kind of waver but my lower back seems pretty much fixed. I had less pain today but my form I think was better. I went up to 235 and I think I was more conscious after watching my form on the previous movements and stopped after only one rep - the form was shit. Here’s 105lbs.

it’s comical how frail my lower body is.

I think what I got out of this was a big dose of humility and some frustration. When I can push press as much as I can squat something isn’t right. I think I’ll just use 195 as the starting weight and build up from there.

I didn’t bother posting the 235 weight because my form was so atrocious that it cemented the fact not to get ahead of myself. My hips rose way too fast and it was just ugly.

Overall with this weight I feel my form is okay minus my knees bowing in a little bit - and again - my pain today was nominal. If there’s something I can consciously correct that I’m missing, please point it out.

If you can’t do back squats or front squats then you can either do 1) barbell hack squat
or
2) belt squats (hang weight from a belt, stand with each foot on different elevated surface and squat).

Form is looking OK - one thing I’d immediately change would be the placement of the bar on the rack. Put it up one or two notches and you won’t do anything silly with your back trying to get into your starting position. Can you put up a side view?

Also, have you tried placing the bar lower on your back? It might feel better once you get used to it.

I’m going to keep stretching and give it another week. The cossack stretches suggested in the squat RX were nearly impossible for me to do so that’s clearly a weakness for me that I should work on daily (or I would think ic an work on stretching daily haven’t heard the harms of that).

And I’ll have to be super honest with myself and keep the weight manageable because I have no wiggle room as far as form. I’ll keep light and work slow and update progress next week.

It’s hard to see your form from the back. A side view would be much more helpful, even if you’re just squatting the bar. A lot of people tend to round their backs at the bottom of a squat.

One thing I noticed is that your upper back looks pretty loose–maybe even a little hunched. You should work on keeping it tight and arched hard. You want to have a back like this guy when you squat:

If you don’t keep your back tight, you’ll hurt yourself.

Also, you seem to be holding the bar up with your arms. As you get stronger, you’ll kill your wrists and elbows. You should have your elbows behind the bar and put the bar on the heel of your palm. The video I posted above shows where your elbows should be.

I highly recommend the book “Starting Strength” by Mark Rippetoe. It devotes an entire chapter to squats and covers all of the major lifts.