No, this won’t make you lose 25 pounds without exercise or diet, but it will help you whittle away that last bit of stubborn belly fat.

I once saw an ad for a weight loss product that used one of those suspicious before-and-after photos. The “before” shot showed the upper body of a pretty girl with a stomach bulge. The “after” shot showed her in a bikini – tanned and incredibly fit, no belly fat in sight – ready to compete in a figure contest.

The trouble is, I KNEW the woman in the photo. She was an accomplished fitness competitor, and the “unsightly” bulge in her before-shot was her gestating baby. Of course she lost 9 pounds (and 4 ounces)! She named it Corey.

I wrote an article pointing out how wrong it was that this company had portrayed a pregnant woman’s baby bump and pregnancy-pounds as “fatness” and then claimed their product had transformed her into a fitness model. A few weeks later, the supplement company sued me for 10 million dollars. I ended up avoiding a costly legal defense by promising never to hurt their feelings again.

That’s one reason I generally have contempt for the fat loss market. The other reasons? Many companies habitually use scurrilous advertising. They usually make unrealistic promises and unsubstantiated claims. They often employ psychology to prey on desperate overweight people.

Look, a fat-loss product shouldn’t be marketed to obese people who aren’t even dieting or exercising. It won’t help them. Fat-loss supplements, if they’re truly legit, should be marketed towards people who already eat well and exercise and just want to fine-tune their physiques.

That’s who Hot-Rox® Extreme – our fat loss product – was designed for: physique competitors and lifters who want to hone their bodies. That, and people with a stubborn pocket of residual fat around the belly or love handles that need a bit of extra help.

Hot-Rox® Extreme is comprised of several ingredients, all contained in a novel self-microemulsifying delivery system (gelucire) that’s used in the pharmaceutical industry to increase absorption.

These active ingredients are:

Individually and, in some cases, together, the first three compounds have the following effects: 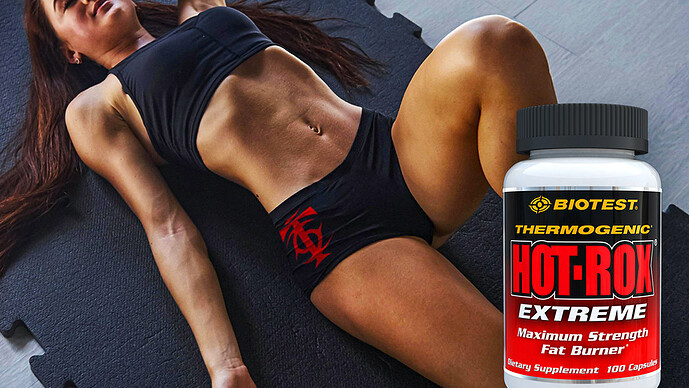 What Each Ingredient Does

Here’s a quick rundown of each ingredient:

This plant-derived substance is the workhorse behind Hot-Rox® Extreme, and it has a body of solid research to back its use in not only burning fat but building muscle too.

It’s often regarded as the closest thing science has to “exercise in a pill” for its body-comp altering effects, even in people who don’t exercise.

It does all this primarily by stimulating the production of an enzyme named adenylate cyclase, which in turn increases levels of a cellular messenger called cyclic AMP, or cAMP for short.

Here are the highlights of a few studies involving forskolin:

Even by itself, forskolin (sold as Carbolin 19®) is a potent fine-tuner of bodies, but especially so when combined with the other components of Hot-Rox® Extreme.

Long ago, before the advent of drugs like Viagra and its erection-friendly cousins, yohimbine was the go-to treatment for erectile dysfunction. Nowadays, we appreciate it more for its ability to increase thermogenesis and selectively target stubborn areas of body fat.

The alpha-receptor acts like a negative feedback loop for norepinephrine, which causes it to put the kibosh on fat burning. That’s why it’s harder to get rid of fat that contains more alpha-receptors.

For some reason, there are lots more of these alpha-receptors in the lower abs of men and thighs of women. That’s where yohimbine comes in. It blocks the alpha-receptor, thus making the fat easier to burn off.

Yohimbine hasn’t been the subject of many fat loss studies (mostly because of its rep as an erectile dysfunction drug), but the one most often cited involved its effects on body comp and exercise performance in soccer players:

This fat-slicing activity is the limiting factor in lipolysis within the cell, meaning you can’t lose fat without this enzyme, and raspberry ketone delivers it.

The formula includes caffeine, from Coffea arabica beans, for its well-known research-backed effects boosting energy and potentiating cyclic AMP and the other active compounds in the formula.

How to Use Hot-Rox® Extreme

When you’ve got stubborn love handles, uncooperative pockets of fat around the belly or thighs, or if you’re a physique athlete trying to hone your physique into diamond-hard shape, take one or two capsules of Hot-Rox® Extreme two times a day, each time on an empty stomach. Allow at least six hours between doses. 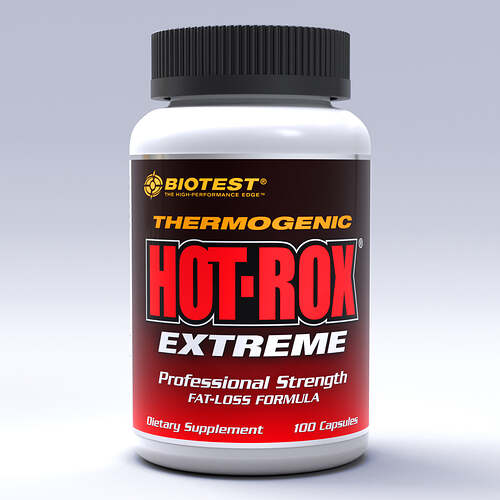 Be careful, though, as this product provides an energy kick that might make first-time users a bit fidgety. Start with one capsule, taken twice a day, and build on that as tolerated. Don’t exceed four capsules in a 24-hour period, though.

Fidgety? That is the understatement of the year, but the stuff works. Use intermittently, sparingly.

You got fidgety on it? I didn’t notice a difference (RE fidgeting) outside of feeling like I’d drank an extra cup of coffee.

It does a pretty good job at suppressing hunger; works for about 6-7 hours each capsule, in my experience. One at brekky, one at lunch.

You got fidgety on it?

I was being kind. More like strung out on meth. That is why it works so well.

Yikes, I’ve had no such experience but thank you for sharing yours.

Can we use that statement in the marketing? Nah. Joshing. Really? It made you that wired? That hasn’t been our experience, but of course, everybody reacts differently to most things.

To be fair, in spite of what @Andrewgen_Receptors may think, I have never been strung out on meth and it has been a while since I used H-R. But I do recall unbridled energy and that is what melts the pounds off.

You are also very correct in stating that it is quite the individual reaction. I tend to be a bit strung out (ADHD) anyway

Oh my gosh, cool!! I had a similar experience. It made me insanely manic haha. I have a lot of ADHD-ish traits as well, so maybe it’s just how our brain is wired and that’s why we react that way.

Can confirm. I had to stop ADHD meds whilst taking HR for the last 8 days (plan of 30). Those 2 don’t belong together, I could power a reactor with the pace of my legs bouncing up and down.

Work has obv deteriorated for single tasks: but my ability to multi task is through the roof. Forgot how fun unmedicated ADHD is!

Forgot how fun unmedicated ADHD is!

I have used HR several times but I am still unclear on the most optimal schedule for using this supplement. Taking it with a meal renders the yohimbine useless. Taking it on an empty stomach is extremely uncomfortable. I have tried different timing and dosages, but I either get a caffeine boost and not much else or I feel like I am on an upper binge and pushing into severe anxiety. Forget about training on HR unless you want to feel like your heart is going to punch through your chest.