Are Vitamins as Important as They Are Made Out to Be?

Are buying vitamins as important as they are made to be when working out to get bigger and/or stronger?

Or it mostly marketing hype?

I was looking at multi-vitamins and my internet searching lead me to Animal Pak vitamins and powders that appear to be geared toward those looking to get bigger and stronger?

Does anyone have experience with these or vitamin use in general?

Which is why you should eat a diverse diet.

Vitamins are important, but not THAT important that you need some special ones from bodybuilding stores.
Just get the cheapest ones at the pharmacy and you are well set. Take one in the morning and one in the evening if you want to make sure you always have all the vitamins, cuz there is some research saying that you pee out most of em anyways, so having 2 dosages would allow for 2 uptakes of vitamins in case you need em.

A diverse diet sounds good. If you have money to buy all the different foods, and your stomach allows it also.
I have IBS, so i can basically eat only like 5-7 things in the universe if im not up for farting all day long. So i just eat my potatoes and chicken and take some vitamins and minerals, lol.

Thanks everyone. I do intermittent fasting, so I may not be getting all the vitamins I need as my greens are limited and my fruits are non-existent.

This sounds like a pretty awful approach to nutrition all around. If you really like intermittent fasting, at least employ it ala the Warrior Diet’s prescription from Ori Hofmekler. You will get your greens and fruit.

This sounds like a pretty awful approach to nutrition all around.

Humans adapt to lots of stuff. There still are tribes of eskimoes who eat mostly whale/seal meat and fat. There are no vitamins available in the snow. And im not sure if they buy em at the store(or have a store to begin with). You will still see americans and europeans statisticly being in much worse shape thank eskimoes.

Also have to remember that a large part of homo sapiens history was spent in the ice ages eating raw meat.
Im not saying that is the way to go, but im saying that just not getting enough vitamins from food and buying some at the local pharmacy is not something to be desribed as “terrible”. Its actually - common. Almost - normal.

There was a funny study done by a journalist, who collected the data and advice from specialists of everything about health. He then tried to live a life that would take into account all the recomendations and came to a conclusion that its a full time work with no extra time to spare.
He was washing his hands and brushing his teeth for the amounts of time that is prescribed as the best, wearing earphones that mute sound when going out in a large city, eating only what is the best way to eat, doing all the right activities and buying all the furniture thats the best for your back and posture, and everything.

Long story short - just buy the damn vitamins and forget about it.

Thank you for that story

I still maintain its an awful approach 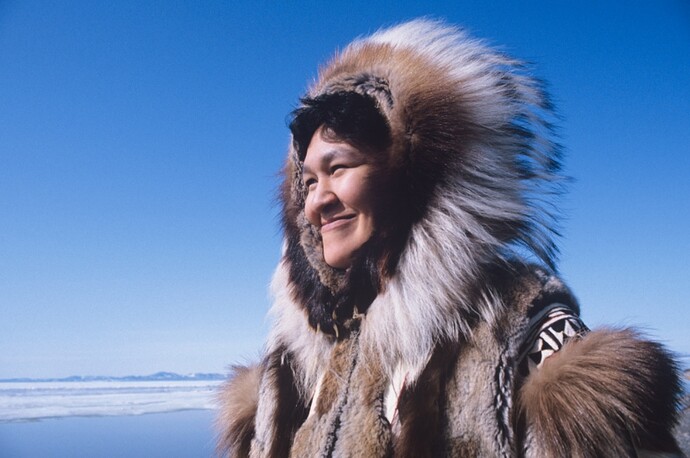 How can people who gorge on fat and rarely see a vegetable be so healthy?

The nutrient density of meat explains why carnivore has become a popular movement in recent times. Coupled with this is the fact that the positive health arguments for high fruit and vegetable consumption are largely based on observational studies. However, clinical trials have not been as convincing. For example:

One study looked at the effect of 600g fruit and veg daily intake on oxidative DNA damage and repair in healthy subjects. Subjects were randomised into three groups receiving an antioxidant-free basal diet and 600 g of fruits and vegetables, or a supplement containing the corresponding amounts of vitamins and minerals, or placebo. The results showed no difference between any of the groups. The authors concluded: ‘This suggests that the inherent antioxidant defence mechanisms are sufficient to protect circulating mononuclear blood cells from reactive oxygen species.’ (emphasis mine)

Ref: No Effect of 600 Grams Fruit and Vegetables Per Day on Oxidative DNA Damage and Repair in Healthy Nonsmokers (Moller et al 2003)

In another study, looking at high (4200g) versus low (800g) per week vegetable consumption on clinical, immunological and antioxidant markers, there was again no difference between both groups after 4 weeks.

Ref: Effects of High Consumption of Vegetables on Clinical, Immunological, and Antioxidant Markers in Subjects at Risk of Cardiovascular Diseases; Peluso et al (2018)

One study even showed an inverse relationship between fruit/veg consumption and oxidative stress. It involved a 10-week absence of fruit and veg in order to test the antioxidant effect of green tea. It transpired there was only a transient effect on antioxidant markers from the green tea yet subjects showed improved markers after the complete depletion of fruit and veg. The authors concluded: ‘The overall effect of the 10-week period without dietary fruits and vegetables was a decrease in oxidative damage to DNA, blood proteins, and plasma lipids, concomitantly with marked changes in antioxidative defence.’

someone took a Blood test using Multi versus taking no multi ?