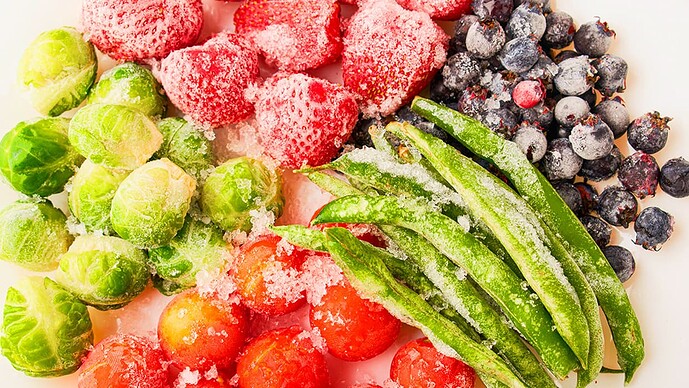 What About Frozen Fruits?

Your fresh produce isn’t that fresh and could be lacking nutrients. So are frozen vegetables healthy? What about fruits? Here’s the science.

Frozen Fruits and Vegetables are Better than Fresh

Hey, you like apples? Sure you do! You're no beet-eating Bolshevik. Chomping into a fresh, nutrient-rich apple is apple-pie American and oh-so satisfying.

But here's where I rain some bummer down on you. Most grocery store apples have been chemically treated so they'll last for 12 months, so unless you bought them during apple season (July through early November), you could be scrunching an apple that's the fruity equivalent of the mummified pharaoh, Tutankhamun.

Apples aren't the only foods that are sometimes stored in food distribution warehouses for lengthy periods. Carrots can be stocked for 1 to 9 months. Orange juice is pasteurized and sometimes sequestered in storage tanks for a year.

And there are probably scores of other examples. Clearly, fresh grocery-store produce often isn't so fresh and is likely compromised, nutrition-wise. There's a way to get around geriatric produce, though, and that's by switching to frozen fruits and vegetables.