-I’m currently taking Apple Cider Vinegar,only been trying it a couple of weeks,
but good results so far,seems to really help suppress sugar/carb cravings-I haven’t seen anything conclusive on it yet,but there is a lot of anecdotal evidence,and at the end of the day,it has a lot of known positive effects and ingredients.

My digestion feels better immediately after taking a swig.I also add it to salad dressings or barbecue sauce.

-What are your thoughts on it? Have you tried it? Any good studies on it? What’s it known to do/contain,and what is still conjecture?

-I’ve also read it has to have the ‘mother’ in it,or it is not as effective…

My gf is always on about different vinegars and makes her own. She mixes them with water and other things and I drink them. I have to admit they certainly keep me regular for some reason.

you mean mother liquor in it?

It is also high in pectin, a form of dietary fiber as well as the mineral potassium.

And this-
The ‘Mother’ is a gel-like substance which grows naturally on the surface of the cider vinegar, this was the culture used which converts the cider to vinegar. That’s what gives it all the health benefits. It contains powerful enzymes and life-giving minerals, as well as natural malic acid which is so important in fighting body toxins.

“Unless Apple Cider Vinegar has the ‘Mother’ in it, the liquid is worthless” says Patricia Bragg, who has written books on the use of Cider Vinegar.

It is believed that Cider Vinegar can help to:

Where do I find this mother…

Yeah. Name some good brands to get that have the “mother” in it.

Which English brand has the mother in it? I use Aspalls Organic ACV.

I’ve used Bragg’s ACV which is unpasteurized and unfiltered. Pretty sure I saw some mothers in there.

I’ve used the Bragg brand before.

Just make sure that there’s a web-like substance floating at the bottom of the bottle. That is the ‘mother.’

The generic store-brand versions do not have this.

Check the natural or organic section of your supermarket.

Bragg’s and Eden Organic both have the “mother” in it from the store.

Here’s some more stuff I found-it’s nothing new-

From the beginning of recorded history Apple Cider Vinegar has been utilized by all ancient civilizations, it is said that for at least 10,000 years Apple Cider Vinegar was used to treat various ailments. It is also reported to have been used as a healing elixir by Hippocrates (the father of Medicine) and has been found in Egyptian urns dating as far back as 3000 BC. The Babylonians are said to have used it as a condiment and a preservative, whilst the Greeks and the Romans used it both for flavouring and healing purposes. Parisians during the middle ages used it as a deodorant and healing tonic and a preserver of youth. Columbus had apple cider vinegar barrels on his sailing vessels to prevent scurvy. Japanese Samurai warriors apparently drank apple cider vinegar for strength and power, and it was used during the American civil war to disinfect and heal wounds. All in all very useful.

The use of Traditional Apple Cider Vinegar in treating an ever increasing variety of ailments dates all the way back to 3000-5000 BC. Some have even gone so far as to name Traditional Natural Apple Cider Vinegar ‘the Elixir of Life’.
Traditional Cider Vinegar is unpasteurized, unfiltered and comes with the ‘Mother’ intact (all the beneficial living enzymes left in) and this is why it has a cloudy look to it. Other, more commercial brands filter and then boil their vinegar to make it clear but this destroys all of the powerful properties rendering the vinegar useless. Some people refer to these as ‘dead’ vinegars.So simply it is the most natural and unadulterated form of cider vinegar available and has a huge spectrum of domestic and medicinal uses. Unfortunately the majority of the population would not recognize this product as a health boosting tonic.

The main difference between the dead vinegars that now dominate the supermarket shelves are that they have been distilled and stripped of their nutritional values. This process results in all the powerful enzymes contained within being destroyed along with the removal of essential minerals such as potassium, phosphorus, natural organic sodium, magnesium, sulphur, iron, copper, natural organic fluorine, silicon, trace minerals, essential amino acids, pectin and many other important nutrients.

What’s so special about our apple cider vinegar?
Natural apple cider vinegar contains 19 of 22 essential minerals used in growth, repair and maintenance of the body. In fact it contains 93 different components. Vitamins A, C, E, B1, B2, B6, beta-carotene, bioflavanoids, malic acid, acetic acid, pectin and vital minerals such as potassium, sodium, magnesium, calcium, boron, phosphorous, sulphur, iron, and fluorine. Tannins also found in apple skins are present in apple cider vinegar and are antioxidants. Pectin in the vinegar is a fiber which may help reduce bad cholesterol and helps in regulating blood pressure.

The need for calcium supplements once you start growing older is very well known. Apple cider vinegar helps extract calcium from fruits, vegetables and meat it is mixed with, helping in the process of maintaining strong bones. Potassium is essential for the replacement of worn-out tissues within the body. This mineral is also important to soft tissue repair, as calcium is to the bones and teeth. Chronic potassium deficiency causes a variety of ailments including hair loss, weak finger nails, brittle teeth, sinusitis, and a permanently running nose. Apple cider vinegar is loaded with potassium. Studies have shown that potassium deficiency results in stunted growth. All these ailments can be avoided with the intake of natural unpasteurized apple cider vinegar. The potassium in this vinegar also helps in eliminating toxic waste from the body.

On top of all this, raw apple cider vinegar is brimming with enzymes. Our bodies can only produce a finite amount of these enzymes, the rest must be obtained through our diet, cooked foods contain no enzyme activity whereas raw foods contain some enzyme activity. Fermented products however are the best source of enzymes and natural unpasteurised apple cider vinegar is a plentiful source of enzymes required by the body for daily functions.

Apple cider vinegar also contains malic acid which is very helpful in fighting fungal and bacterial infections. This acid dissolves uric acid deposits that form around joints, and so apple cider vinegar is used as a remedy for arthritis amongst many helping to relieve joint pains. This dissolved uric acid can then gradually be eliminated from the body in solution.
Apple cider vinegar is very effective in detoxifying various organs in the body together with the blood stream. Hence it is a purifier, as it has a means of breaking down fatty, mucous and phlegm deposits within the body. It therefore, promotes the health of the vital organs of the body e.g. kidneys, bladder, liver etc., by preventing an excessively alkaline urine.

Apple cider vinegar may also help to control blood sugar levels, which helps to ward off diabetes complications, such as nerve damage and blindness. It also might help prevent other serious health problems, such as heart disease, that often go hand-in-hand with diabetes.
A study by researchers at Arizona State University, published in the journal Diabetes Care, examined people with type 2 diabetes. Study participants took either two tablespoons of apple cider vinegar or water with one ounce of cheese at bedtime for two days. The researchers found taking two tablespoons of apple cider vinegar at bedtime had a favorable impact on blood glucose levels the next morning.

Cider vinegar also helps oxygenate the blood which consequently prevents the blood from becoming too thick and gluey, which gives rise to a strained heart and blood vessels resulting in high blood pressure. There has been some suggestion that Apple Cider vinegar may help to reverse atherosclerosis (hardening of the arteries). Cider vinegar also promotes digestion, assimilation and elimination and it neutralizes any toxic substance taken into the body. There have been a number of instances where people who had taken a mixture of cider vinegar and water before a meal were unaffected by diarrhoea, or digestive upsets, whilst their companions who ate the same meal were. Hence the cider vinegar seemed to neutralize the harmful substances in the food eaten. 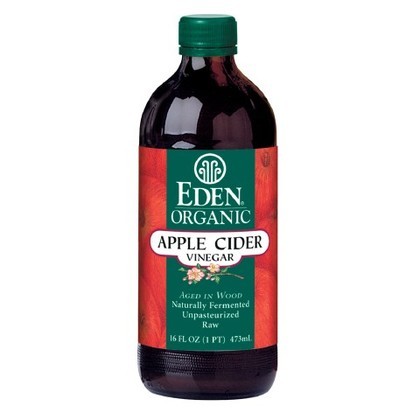 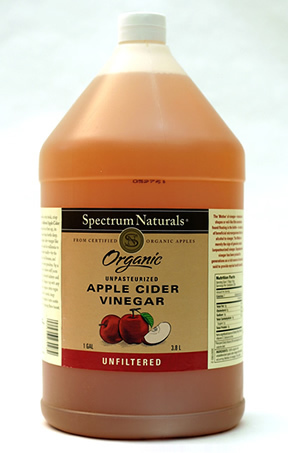 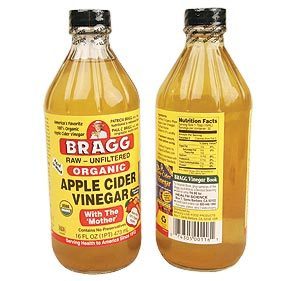 [quote]London Runner wrote:
Which English brand has the mother in it? I use Aspalls Organic ACV.

I use Aspall’s at the moment too,it does say ‘unpastuerised’ and ‘organic’,but it doesn’t look cloudy,it looks filtered.I would have thought they would make a selling point of it and put it on the bottle if it contained it? also,it is in a clear bottle,it should really be brown or amber to stop sunlight destroying compounds in it.
The other giveaway is the price,it’s about a third of the price of the ones touting themselves as ‘raw’ ‘with mother’ etc. not saying it’s useless,just not as many active ingredients it seems.

I HIGHLY recommend adding a teaspoon of cinnamon to the appli cider vinegar. I have it as a tea with each meal - 1 tspn cinnamon, 1 tspn acv, 1/2 cup boiling water, 1/2 cold water…stir and down after each meal. The results in insulin sensitivity has been great, especially considering the cost.

GJ, thanks for the tip. it sounds great!
Thanks to AR too for the info about the ‘mother’