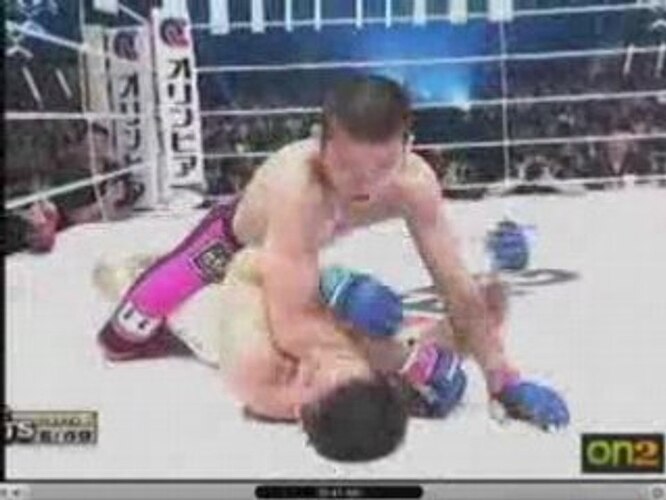 I can’t speak enough about how much I love watching Aoki fight…The guy is a SICK judoka and an amazing ground technician. Definitive ability to neutralize good strikers and make them fight his game.

Very few people in MMA are as slick as he is on the ground. He’s putting the 10th planet jiujitsu system into practice and nailing it… man my knees hurt just watching this guy!

To see some more of his highlights (and of others): http://genghiscon.wordpress.com/

Otherwise though, I was really impressed with his mount control. That is such an underrated skill in MMA today, and a lacking skill I might add. I have a blue belt in Gracie Jiu-Jitsu under Chet Schemahorn in Lagrange, Indiana. He is always preaching mount control, use your legs/hips to control position, then worry about finishing.

He always says that if you achieve mount, only the bell should save your opponent. Of course, there are great and explosive grapplers that may escape, but my point is I drill, drill, drill mount control so that when I do achieve it in a fight it’s all over. Or at least I hope