And We Were All Overreacting Over BLM? 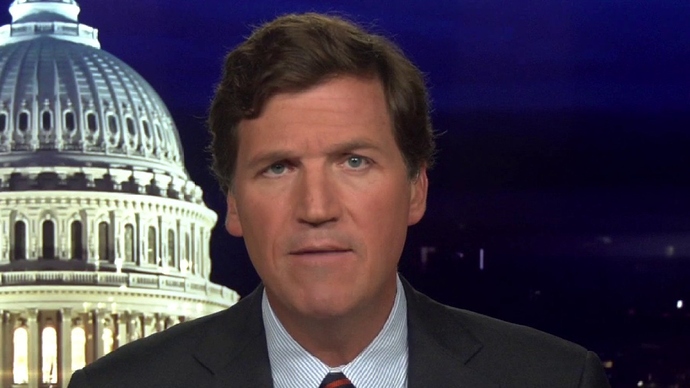 The public school system in Buffalo, N.Y. has integrated Black Lives Matter propaganda into its curriculum for elementary school children, encouraging them to question the importance of the nuclear family, Fox News has...

No idea what is being taught here and why but it would seem odd to suggest that the nuclear family is somehow mutually exclusive to a community.

Now, because silly policies, technology and assholes willing to sell their souls for political gain have led to those being separate things is a different debate. A good one to have as it has led to many miserable people.

My wife and I got into a huge argument when we first started dating about schools overstepping their bounds when they try to teach students to be a good people. She works adjacent to the education system and simply had not even considered that there might be issues if schools try to take the role of, or fill a gap left by broken families and community.

Anyway, I let her know it was important to me that the kids understand the importance of our family and the culture we try cultivate. We put in a lot of effort to build strong bonds.

If not, some asshole is going to come in and fill the gap for their benefit. We’d call these cults in the past but now they are just the way public institutions work.

Anyway, I’m sure @BrickHead has some interesting perspective on this.

I mean, it’s social studies. Isn’t that the right place to discuss social movements? Regardless of where you stand on BLM, you have to admit it’s a major social movement affecting us all to some extent. I read through the lesson plan, and it didn’t imply any sort of value judgement on BLM tenants vs. traditional values. I think this…

“They are teaching to your kids, that your family should be destroyed,”

… is disingenuous and meant to manufacture outrage.

Ultimately, you’re responsible for instilling the the right values (whatever that means to you and your family) in your kids. They’re going to be exposed to perspectives you disagree with regardless of what you do and will ultimately make up their own minds.

it would seem odd to suggest that the nuclear family is somehow mutually exclusive to a community.

BLM is a Marxist organization, one of the goals in Karl Marx’s Communist Manifesto is the abolition of the family. That pretty much sums it up. Western-prescribed = bad, communist-prescribed = good.

Just wait till kids start handing their conservative parents over to the mob while denouncing them as counter-revolutionaries.

Isn’t that the right place to discuss social movements?

No. They are too young to understand. Also, what they are teaching is not factual. It’s American black people’s idea of Africa. It’s actually ignorant, if not racist, to believe that black Africans all live in villages. They have cities.

They are also ultra feminists and lgbtq. Where Marxism traditionally sees things as a struggle between economic classes, they’ve added another element: white supremacy. White supremacy promotes capitalism and the patriarchy. In other words, capitalists are also white males. They also hate heterosexual males in general.

Well shit, I didn’t realize I was dealing with the authority on how black Americans view Africa.

In all seriousness, the word village is in quotes multiple times. They’re not referring to literal villages here.

My point is that you can teach kids about social movements without advocating for them. Like I said, the lesson plan just described the guiding principals of BLM. It didn’t say they were good or bad. I mean, kids learn about slavery, the KKK, Nazism, Communism and the principals that guided them. I think they can handle BLM.

. I mean, kids learn about slavery, the KKK, Nazism, Communism and the principals that guided them

Well shit, I didn’t realize I was dealing with the authority on how black Americans view Africa

And they do mention black villages and collectives. Something you probably are not aware of is that the founders of BLM are not only marxists but animists.

Thanks for the tag. I will try to respond by end of weekend. For some reason I have to get sort of worked up to throughly resound to these infuriating topics.

For now, I’ll say What Chris said is accurate though; its leaders are self-proclaimed trained Marxists. The supposed end goal of communism is anarchy. That is, after a Marxist dictatorship takes office and delivers the worker’s paradise through whatever means necessary, people will live in a state in which all needs are met and there is no need for a nuclear family.

In reality this never worked out considering it resulted in the deaths of tens of millions of Europeans and Asians and whatever numbers of other people, along with mass deportations, gulaging, torture, rape, etc.

BLM is a terrorist organization. They have proved that time and time again. "What do we want? Dead cops! When do we want it? Right now!

I am posting this link for the video, not for the article. I don’t trust the gateway pundit. But the video is legit. And what are the BLM protesters shouting?
If you have trouble understand the audio it’s, “Who do we protect? Black criminals!”

Wow! That’s the hill your willing to die on, criminals? I don’t care about their skin color, I want violent offenders locked up. And just guess in whose name, other than BLM, they are doing this in? 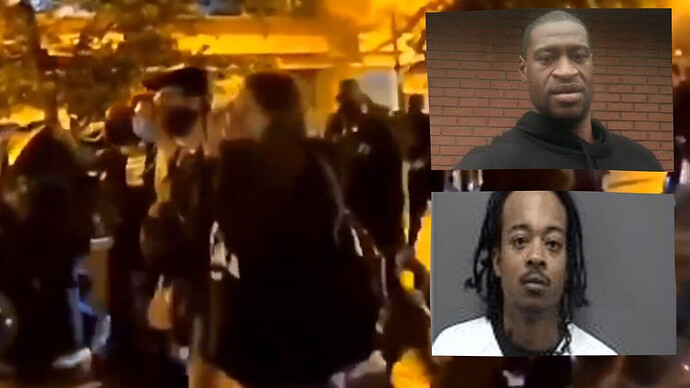 At Least They Admit It? Black Lives Matter Marches Through DC Chanting 'Who...

Black Lives Matter militants from all over the nation have gathered to spark chaos in Washington, DC, this weekend. Overnight on Friday, the mob marched through the streets of the nation’s capital chanting, “who do we protect? Black criminals!” DC...

I think we are underreacting to BLM. They have raise over a billion dollars, where has it gone? Have they given out sponsorships? Supported poor black families? Helped historically black colleges? How many opportunity zones have they created? How many mostly black cities has BLM uplifted?
The answer to all these questions is no where, no, no, zero and none. When you donate to BLM, it links you to “ActBlue” a political website that takes donations for mostly white democrat politicians. So where has the money gone? Nobody knows. Over a billion dollars, POOF! That doesn’t bother anybody on the left? No one?

Something you probably are not aware of is that the founders of BLM are not only marxists but animists.

Apparently they are into witchcraft.

Apparently they are into witchcraft.

They view black Africans as if they all live in the stone age, dancing around fires and playing drums. And the person in charge is a fat woman.

Doesn’t sound worse than some US ghettos

And they do mention black villages and collectives. Something you probably are not aware of is that the founders of BLM are not only marxists but animists.

Are they eating pygmies? Brewing invisibility and bullet resistance potions? Hunting down albinos and literate women?

I wonder how many seconds would these BLM “animists” last in the slums of Lagos, for example.

Trevor Noah had a nice skit about this back in the day before he became woke for money. 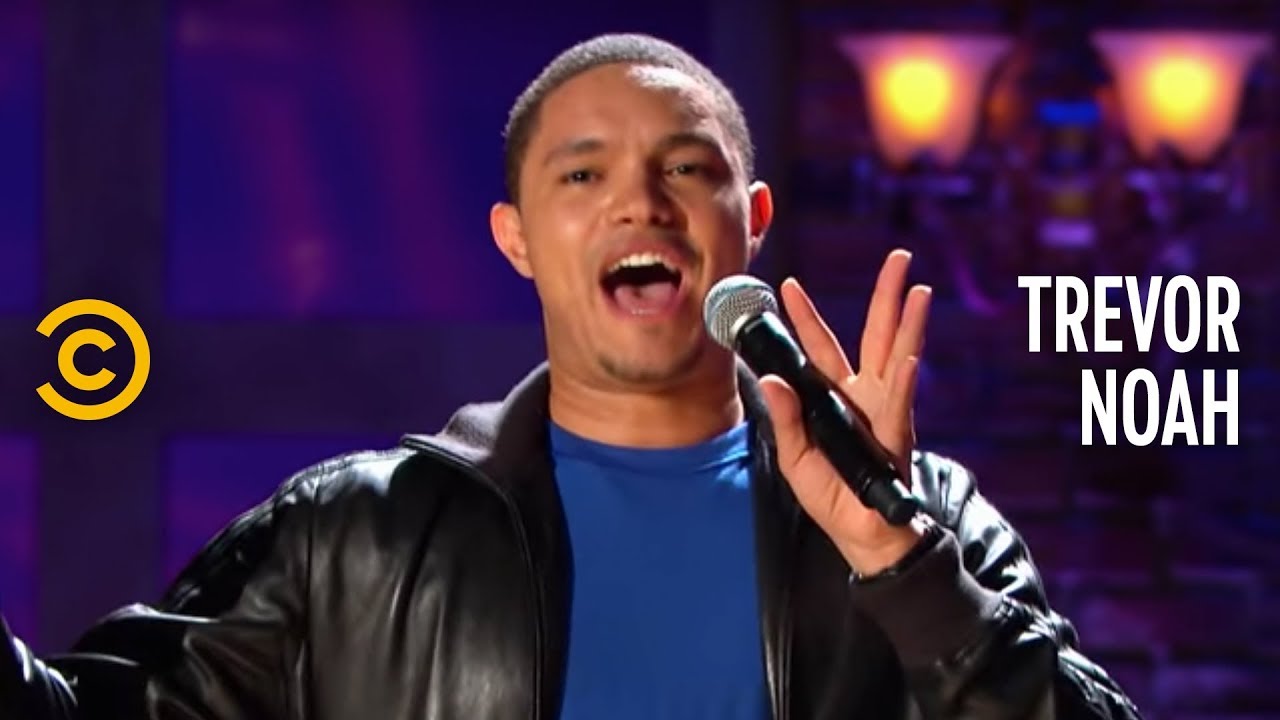 I think they can handle BLM

Not if they are being convinced that: they and their parents are all guilty of systemic racism, that inherent white privilege exists, and that white people are responsible for the actions of the past.

Dude, just scan through the lesson plan. There’s none of that in there. I think pretty much any topic can be made appropriate for 4th graders. Give our kids more credit.

It is a view that comes from black Americans

I think there are Americans from a variety of backgrounds that don’t know how folks in other countries live their lives. I’m not sure why you keep calling out black people for this.

I think pretty much any topic can be made appropriate for 4th graders.

We have our whole lives to be adults, we shouldn’t be trying to make children grow up fast by exposing them to the filth that some partake in.

That’s what liberals do in the name of enlightenment. Its harmful. Period.

If you think these things aren’t happening, then you are deluding yourself.