Anyone from the Alberta T-cell going to Calgary on Dec 6 for the Canadian Nationals of Powerlifting?
Anyone whose not from Calgary and wants to come down PM me and we can split on a hotel room, or if there is a group of people we can organize something.

Well depending on who’s going to be there I could quite easily be convinced and I’m sure Stu and his girl probably could be as well.

Beefcake any good parties plannned for that weekend?

Well one response so far, comeon guys, surely we can find a weekend to get together for some good T-influenced socialness(when I am actually here)

I didn’t even see this go through the first time. As Mud Dog mentioned my girlfriend and myself might be convinced to make a trip.

i think thats it. I would be up for it cause I don’t work sats. Where in calgary is it being held?

Ok well, this is good. Like I told your bro, I am gonna keep bumping this up until the event. You and your girlfriend should definetly come. It’ll be a blast.

I’ll come… depending on what the roads are like.

That’s also the day after my b-day (I turn 24 on December 5th!) So, we can all party together.

Now were getting somewhere. B33f not sure where it is being held but I will try to find out.

I’d be up to check that out, I reside in Calgary.
Also, this weekend:

Peak Power’s Strength Challenge III
Our annual strongperson competition for the amateur competitor will be hosted Sept. 21, 2003 at Riley Park, Calgary. The competition is open all athletes who like to challenge themselves and have FUN! This year we have added a new event: Toyota Tundra Truck Pull

Yeah, I’m in. You guys can stay at my place if you don’t mind my little outfits.

Ok cool, what kind of outfits are we talking about here. I am partial to wonder woman and maybe spongebob squarepants. 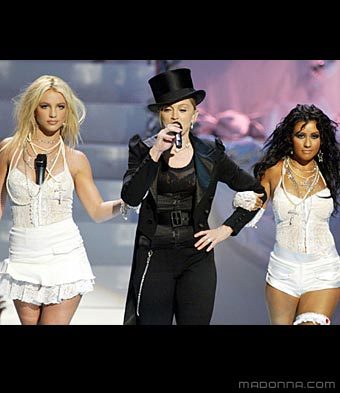 This weekend sounds great, and I am in for the 6th too. I also have a pullout if some one wants to sleep on it and wont mind waking up to Sponge Bob.

Sounds like we might have to take Miss Phat out on the town and get her right sauced for her 24 birthday! Lets go steping…

Let me know if you want to go out I will see about getting us on a guest list - that or I havn’t had a house warming party yet so we could kill two birds with one stone and do it up right T-Vixen style!!!
All in favor say I…

I think I want the top hat.

goove, I’ll be serving breakfast in a little french maid number I pull out only for special occasions.

I’ve got a spare room, then there’s the livingroom and the basement, so space will be of no concern. Anyone caught trying to put my finger in a glass of warm water while I sleep will be given a stern warning. And yes, the treatment has helped me curb my auto-erotic tendencies, in case you’re wondering.

Here is one for you grove.

Malcolm, it’ll be great to see you there. I’m going to be in B.C. this weekend, so I’m going to miss that. I should have asked them the date for it the last time I talked to them. I thought it was earlier in the summer.

Well, I could crash on somebody’s floor (and I’m certain my GF would be up for that if she comes down). Geee, it’s too bad I didn’t know about that strongman earlier, I’d really like to try a low level one. . .

Wow a full fledged T-gathering, complete with hot lesbians and spongebob squarepants. I’m gonna need a place to crash so whoevers up for putting up with me will be forever a demigod in my eyes. I am excited!! No, not that excited CGB you dirty bastard…