Have been out of the iron game for a few years. Just got back into it consistently a month ago.

Thoughts on imbalances I should already be aware of?

I feel that my shoulders have always been lagging. I know my chest is just about nonexistent right now, but it’s always been my easiest to build up, so I’m not too concerned about it for the short term. Been more just focusing on overhead pressing. I also think that my hammies are mia. I’m not doing any direct arm stuff for now.

I have just been slowly recomping, which doesn’t take much other than eating clean since I’ve been out of it for so long, but anyone think I should actively cut down? Or maybe even bulk up? I’ve been doing a 6day/wk routine that I’ve made good progress with the past month, so I am leaning towards keeping the frequency high. Don’t really want to cut down weight until my strength is back to what it used to be during my powerlifting days (at 165lbs lol). Thanks braddahs 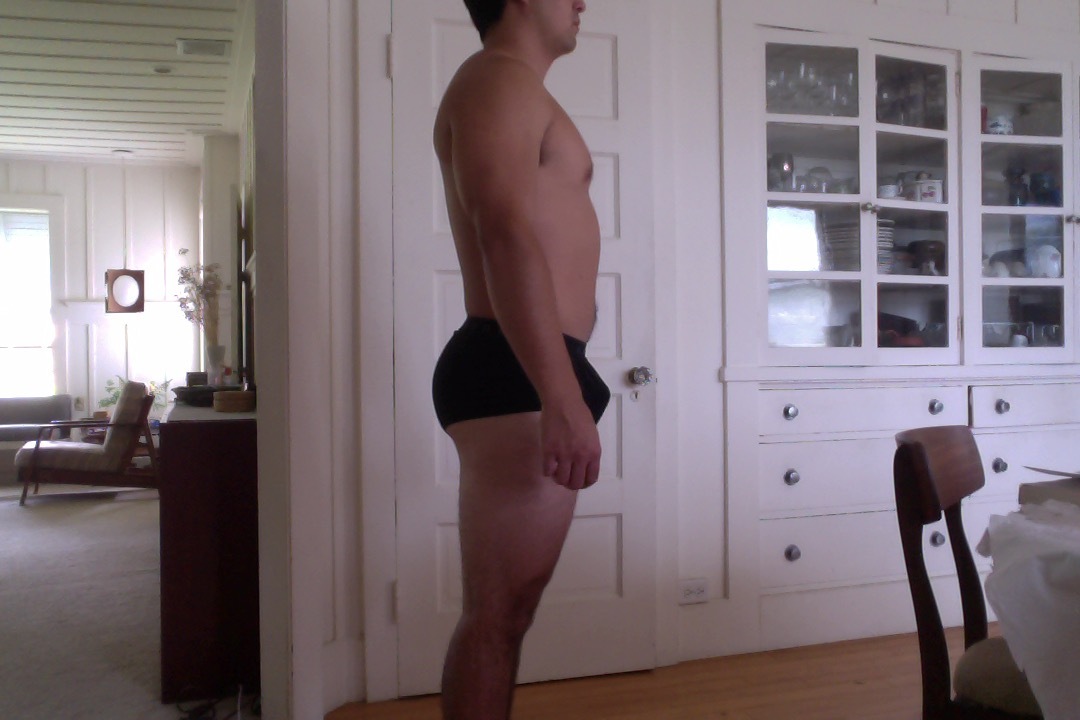 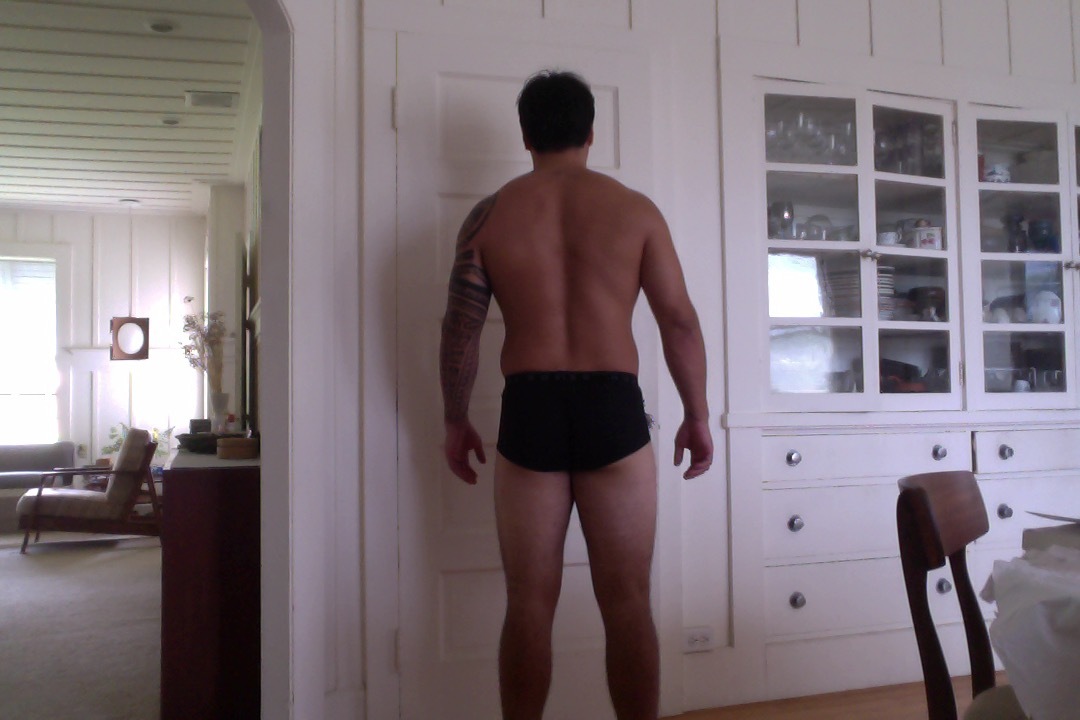 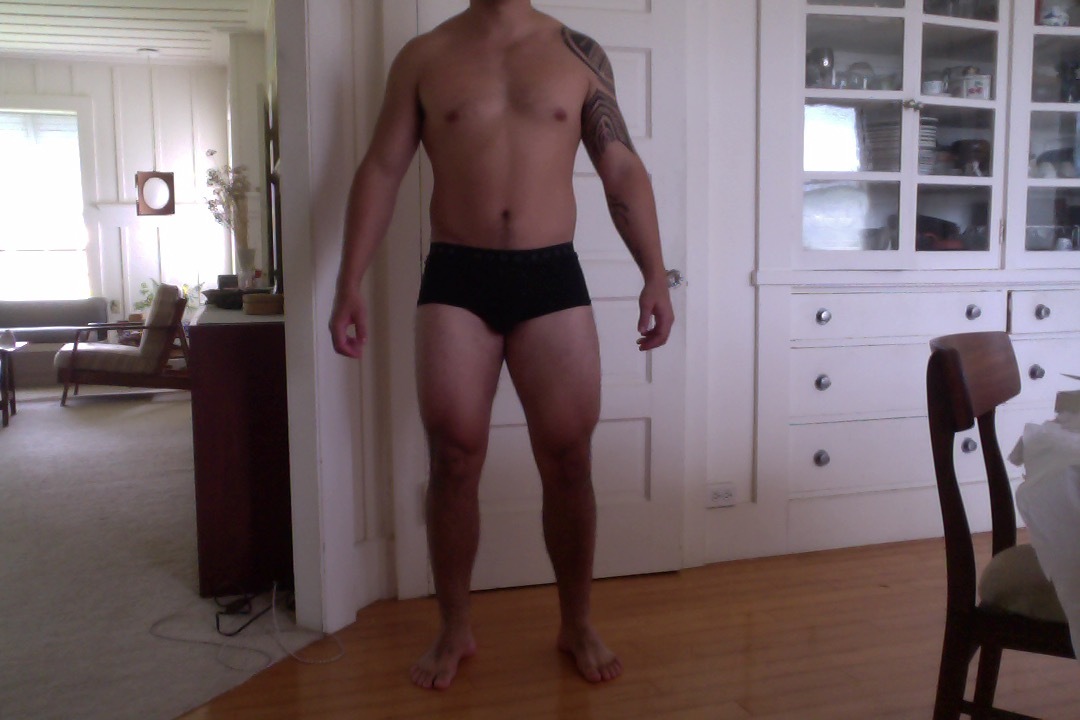 TBH man, you don’t really look like you lift.

I do really like the style of your place though.

Haha - it seems like you got what you asked for ^^

I would agree that your shoulders (and potentially your arms) are your weak point, other than that you’re well-balanced imo. Personally, I would cut down, but I’m not you, and have no idea how important your strength goals are to you.

TBH man, you don’t really look like you lift.

I do really like the style of your place though.

Haha I appreciate the bluntness. As I said, I’ve been lifting for the past month. Other than that haven’t been in the gym for almost 4 years now.

Haha - it seems like you got what you asked for ^^

I would agree that your shoulders (and potentially your arms) are your weak point, other than that you’re well-balanced imo. Personally, I would cut down, but I’m not you, and have no idea how important your strength goals are to you.

Lmao man I wish I took some pics from a month ago. Oh well!

While I know that rate of strength gain is veryyyy temporary, since I have been at 3/4/5 strength before at a lower bodyweight (competed at 163, walked at 170), I am confident I can get back to those strength numbers in 4-6 months if I’m not cutting, and having that strength would make subsequently cutting down much more efficient/easier in general.

For now, I’ve been focusing on getting my squat up to snuff. Once I can be doing 315 (belt less) for 5+ reps, I think then I’ll be focusing on overhead pressing for a few months to get that up to around 185 for reps. No plans on training up to a 1rpm on anything for a while.Core. Legs. And overhead. Those seem to be my focus for now. Mainly posted to see if there were any glaring imbalances I wasn’t aware of that I should keep in mind early on in my programming; also just wanted a masochistic humbling on my shit “do you even lift bro” physique. The good news is my girl loves the dad bod trend.

Sounds like you got your answer. Your strength goals are important so work in that and eat clean to minimize fat gain

your penis size is OK, haha… I’m not gay, nothing against too. Your body need a recomposition, … looks like you have some legs too… improve it, eat clean for a while and get the muscles back on the track.

yeah, trying to just recomp right now, but if i put on a little weight I’m ok with that as opposed to losing weight. cutting has always been easy for me in the past (albeit when I was younger, but i’m still just 25). i think i’m just a couple months away from getting back to at least 300, 400, 450 strength on the big 3. could actually probably put those numbers up in a month if i just used a belt, but i became too dependent on that damn thing when i used to do powerlifting. now #TeamBeltless