Advice For A 14 Year Old 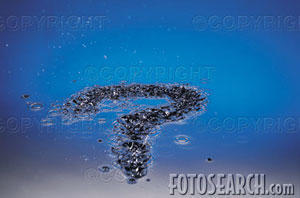 I’m home for christmas break and I plan on to start training my younger brother. He’s 14 years old and freshman in high school(stats 5’6 and 125lbs)., I figure its time for him to dive into the world of body building.

What kind of work routine would you
suggest? (or articles). Such as volume, specific exercises, number of workouts a week, and etc.

I would say the first thing he needs to do is learn all the basic compound lifts. I would spend a month or so teaching him the lifts at light weights while having him do basic bodyweight stuff like pushups and bodyweight squats until he reaches a good proficiency at that. After that is done, I would train him similar to how you would train yourself, except slightly less overall intensity and slightly more overall volume.

For instance, if you were working up to a 1 or 3 rep max, you could have him work up to a 5 or 7 rep set where he doesn’t reach failure. Remember that his nervous system will likely be less efficient so he won’t get as much out of higher-intensity training until he learns to be able to recruit more motor units.

Additionally, he might not have the same level of muscular coordination and control, so maxing out might be a little more dangerous for him until his “traning age” increases. I have read that isometrics are a good way of teaching young lifters to activate more motor units but I can’t back that up with any real-world application.

First off - he has to be the one that wants to do this. You can’t make him “dive into the world of bodybuilding”. He has to do that on his own.

Third - stay away from isolation exercises. Don’t start out with curls and kickbacks.

[quote]rainjack wrote:
First off - he has to be the one that wants to do this. You can’t make him “dive into the world of bodybuilding”. He has to do that on his own.

Third - stay away from isolation exercises. Don’t start out with curls and kickbacks. [/quote]

Fourth - Make sure that he EATS!

Yeah, the number one thing I would make sure is that he wants to do it himself. If he’s ready for the amount of work he’ll have to put in, then OK.

Make sure he learns how to do these basic lifts WELL:

He probably won’t be able to do many chins and dips, so assist him in both. Dips when you’re weak are especially hard, it feels like you’re fucking up your shoulders (and you probabyl are). Once he gets those lifts in great form, and can do 10-12 bodyweight chins and dips, you can start looking at some more individualized programs.

As far as reps/sets, just be basic. There is NOTHING wrong with 3 x 10 for beginners. It works great for me. Try this out (it’s great especially if he plays a sport, so he doesn’t work his legs too much):

I say have him do Dan Johns OLAD ( one Lift A day) it will be grea at meeting any goal and will ingrain any movmnent doing it for ther better part of an hour.

I would advise against that. The good coach has specifically mentioned that it is one of the most grueling workouts ever. He says more than half of people who start it don’t finish it. Plus, beginners don’t need that kind of specilization yet.

[quote]danmaftei wrote:
I would advise against that. The good coach has specifically mentioned that it is one of the most grueling workouts ever. He says more than half of people who start it don’t finish it. Plus, beginners don’t need that kind of specilization yet. [/quote]

Its simply HARD work. Plain and simple klike most all of Dans stuff and I think personally it would be the Best allowing the kid to engrain the basics uinto Permanent memory. Start out with GREAT training ethics and move from there.

I am not syaing here needs to follow the exact rep and set schemees of OLAD just DO one lift a day. pick One Big compund lift for each w/o day and DO it. give your self say an Hour and Just do it. Squat and sqaut and well once you did that squat a little more. Do what ever feels right.

high reps lower weight, lower reps higher weight, mix it up. Make sure to rotate it. say you did the squats ( leg dominant) dont do another leg day until you have also done a push and pull. Say bech then chins.

The other suggestion would be like was said Big Boy Basics. Or any Total Body Routine or really anything based in the big compound movement.

I can’t quote John or Waterbury because I’m sure I wouldn’t word it well, but both men, including many others, have made it clear that beginners do not need any type of program that is shown on T-Nation. They need to up the weight of their basic lifts, that’s it. End of story.

I will quote this though, from John’s OLAD Program:

“The One Lift a Day Program is really hard. Certainly, it’s the most productive program most people have ever tried, but it’s simply too hard. It isn?t fun, except for your buddies who laugh at you as you try to walk after the squats. You probably won’t even complete the whole month. (Is that a double dog dare? Yeah, I think it is.)”

I’m all for hard work, but a 14-year old newbie will certainly not have the mental OR physical strength, willpower, determination, and endurance to make it through this program. Worst of all, he will hate weightlifting.

I’m not entirely sure if OLAD would be the best bet, only because he’d only be experiencing a few exercises each week. I think a TLAD or TLAD (that would be two lift a day, or three lift a day), with modified set/rep parameters could be the right ticket.

I’d also consider a different page from Dan John’s book (and most recent article), and start each day with the warm-up he uses for his high schoolers. The whole thing should take less than 15 minutes:
-Overhead squat (with PVC pipe): 3x8
-Hip flexor stretch
-Push-ups 3x8
-Medicine ball ab throws 1x25
-Pull-ups 3x8
-A minute or so to stretch anything “tight”

Assuming he’s never lifted weights before, this would introduce him to a bunch of movements throughout the week, and will hopefully kick start some interest in lifting. After a month, or month and a half, I’d rearrange the sets/reps and days, but keep the exercises mostly the same.

Does he do any sports right now?

[quote]BFBullpup wrote:
rainjack wrote:
First off - he has to be the one that wants to do this. You can’t make him “dive into the world of bodybuilding”. He has to do that on his own.

Third - stay away from isolation exercises. Don’t start out with curls and kickbacks.

Fourth - Make sure that he EATS![/quote]

Those are some really good points.

The only thing I would add is to offer him a program he can manage for the long term - something like 3 workouts/week… but if that’s too much for him right now he will still make great gains on 2x/week.

I hate to see “experts” (you know, the guys that have been following Muscle&Fiction programs for two years) write up some 6x/week program that people don’t stick with.