arch when you bench, arch when you squat, arch dead lift, arch press arch curl, arch, arch, arch … and then work on your arch, can that lead to “adaptation” with lordosis as a consequence ? 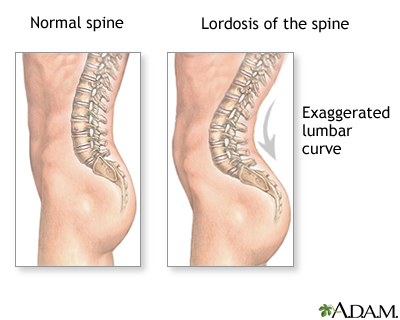 i know my lower back looks a bit too arched, but that could be just the but and back/lat muscles sticking out, and the belly on the other side. when i was going physiotherapy i asked the doc if every thing was alright with my spine alignment (a year ago) and she didn’t notice any thing wrong with it. tho i have 1 extra spine vertebra ha ha …

According to Stuart McGill, rather than “arching the back,” we should concentrate on maintaining a “neutral spine” during the movements you mention. Though a neutral spine will have some arch to it, it’s far from “arching” your back.

It’s a bit bizarre to me that you have to force arch your back but what do i know … yeah the spine is better at handling pressure when it is in that position, but that is only because of the extra support from the bone tissue in the back part of it. and bone changes it’s form with time. i guess it’s safer that way but if you risk falling forward but…

neutral spine sounds a bit dangerous tho. it’s like balancing on a small ball (a disc), and that is easy to mess up at.

hmm… well, if I understand you correctly: neutral does not mean a “straight” lumbar. If that’s what you mean, yes, you’re right, that would not be good at all.

However, if you pull your pelvis all the way forward and then all the way back, to each extreme, you then sort of find the “sweet spot” somewhere in the middle where all your ligaments/muscles/bones line up correctly.

I should mention that McGill strongly advocates “bracing” (by which he does not mean a simple TA activation) along with the neutral spine.

Btw, in don’t know if you’re familiar with McGill, but he works and researches with a lot of powerlifters.

I’ll do some research on McGill then. thanks.

And his more recent: Ultimate Back Fitness and Performance, 3rd Ed., published by BackfitPro.

A few months back, he told me he’s coming out with a DVD “soon,” but that might be another six months.

The above books are expensive, but maybe you can get them through ILL.

this answered my question : 404 | Dragon Door

i thought arching the back was only half of the equation …

thanks for the name to be on the lookout in articles

ha ha i got some coupons for books when i graduate school as one of the best geeks, i mean students … i’ll search for some good book(s) on strength. preferably by some Russian tho ha ha…