I have never tried Surge or any of the Biotest products because gettign a supplier that doesn’t jack you here in Ireland is a pain in the a$$.

So … after months of waiting and searching for a supplier I just got my 4 tubs of Low Carb Grow and tub of Surge to try.

So just before training I’m mixing my two shakes …
I get the during workout shake done and just as I go to reach for the Surge to mix the post-workout shake … BANG!!! … I knock the fu%king tub over and all my Surge is over the damn dirty kitchen floor.

I managed to save just enough to do my post workout shake - my dog got the rest.

… and what pisses me off the most is the stuff tastes great - 10 times better than anythign else I’ve tasted or tried - lucky dog.

Damn man I am sorry to hear that. It is a shame.

The bad thing is you saved enough to actually make one shake. Now you know exactly what you are missing.

I’d like to know what the dog did. Man that is a lot of fast acting carbs for a dog to take in all at once. Along with a good amount of Hydro… I imagine he was a little hyped for a while. You alos might want to put himout for a while as the Surge may just come surging back out the other end of the dog.

dude, i can’t imagine how gross your floor must be, because after all that I would have scooped every last drop of that stuff up and used it. what’s a few pieces of dirt to a real t-man?? hahahaha… so, i’m guessing you start mopping more often now?
tough luck!

Your dog is gonna be buff!

Seminole it’s just the sanitary thing to do even if it was spilled on the floor of an operating room.

Kick a man while he’s down why dontcha.

At least someone in the house will be buff… hahahah… sorry, couldn’t resist! 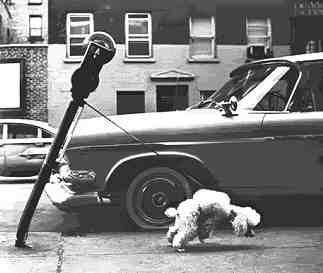 I guess the dog is doing fine.

OMG, the hospital is the LAST place in the world i would eat anything off the floor. my house, on the other hand, well, i drop food all the time and if i can beat the dog to it, well, i’m gonna eat it. haven’t been sick in well over a year. to each his own.

on an aside note, some study came out suggesting that little kids were not exposed to enough dirt and germs and their immune systems weren’t developing as strong as they should. they said one option was to have kids pick their nose and eat their boogies. (this was an australian study i believe, wish i had the link). GROSS!!!

Come on T-Mag send the poor guy some Surge. Can’t you feel his pain!

So the real question is… if you waited that long for your Surge, why wouldn’t you have wrestled your dog for it? Nothing would stop me from hoovering that stuff down, plus as a powder you could have sifted it.

Fuck that, I would have eaten it off the floor!

should’ve eaten it off the floor.