Hi, - I just saw this and had to throw it on the forum

In NewScientist.com, a new article on DNA computers, and a new technology - creating complex logic gates via RNA, enabling green fluro proteins to be built from an input of natural cell proteins.
The team think they can link these logic gates in mammalian cells to perform complex functions, such as create a ‘cocktail of drugs or hormones’ and ‘detect a marker molecule associated with prostate cancer and release an anti-cancer drug.’

Can you not anticipate a future where you swallow a pill (the red one Neo?) and a DNA program is built to enter the digestive tract, attach to red blood cells, and start releasing neurotransmitters telling the brain to increase hGH, testosterone, etc, by , I dunno 25%?
How big and lean do you want to get? Build programs optimising the body to scavenge and flush free radicals- build more collagen, no wrinkles, knit bones faster -wait - increase bone density, create more antibodies during flu season, repair /replace hair follicles? etc etc.

The new pharmacists won’t be making drugs they’ll be coding DNA so the body builds its’ own. It doesn’t look far away.

Have you got guys working on this TC? Resveratrol is good, but I wanna live forever…
Cheers
ShaunW
(edit freaky ?thingys)

I read that this morning too… I gotta ask, is it a good thing or a bad thing? 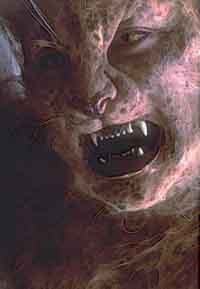 Nothing like playing with DNA sequences. I am sure nobody with abuse it. Nope not at all.

Well if I can become a Spartain as in UNSC Spartain from the halo series. I would dig it. 7 feet tall, and weighing 1000 lbs with my armor on. Walking tank. I bet they wouldn’t let me play football though. Oh well, I would be happy walking around knowing i’m nearly invincible. Sounds good, sign me up.