What do you think about this guys? 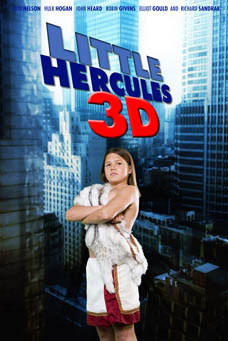 [quote]JuicyLucy wrote:
What do you think about this guys?
- YouTube [/quote]

I grew up with guys who most would really consider “genetically gifted” who at his current age passed him up by a long shot. I do, however, question his real age and whether his parents did give him hormones considering his height.

He was overhyped. At least he got a crappy movie deal out of it.

I’ll be on Ebay looking for THAT one!

That kid and his mom are CREEPY.

any one got any current pictures of him?

Google him and you’ll find some newer pictures.

I actually watched that documentary, it was pretty interesting. Hid dad was a complete fucking psycho, didn’t let Richard (the kid) make any friends and only let him leave the house on rare occasions.

After Richard passed a steroid test, his manager (the guy in the black tank top in the clip) wanted the father to take a polygraph test to find out what the father was giving Richard is various shakes and powders. His father refused to take the tests and the manager left Richard.

This is when Richard’s dad started drinking heavily and almost killed family until Richard called the police and had him arrested.

For all the shit that kid’s been through, he seems like a good guy. Genuinely happy and moderately intelligent.

He’s 15, 5’1" and 122 lbs (thanks Wikipedia). So he’s a runt–basically looks like every teenager on here posting pictures of their emaciated bodies. He basically looks about the same size he was when he was 6–which probably has to do with his parents feeding him a liquid vegetable diet and overtraining him.

It is also claimed that he benches 600lbs now, which, needless to say, is absurd.

Anyway, sucks for him…his psycho parents tried too hard to make him a freak and all they got was one documentary and one straight to video crappy movie. At least he’ll wind up on some reality TV show 10 years from now when he’s 5’3" and become a bloated fatty and he can milk his fizzled out career for a few more minutes.

[quote]n3wb wrote:
any one got any current pictures of him?[/quote]

That is a current picture of him. That movie was released December 2006.