I will be traveling for 6 months an was hoping you all could give me some interesting/niche ideas for a video vlog. No activities or destinations are off limits. Money is not an issue in that I can afford to travel and stay anywhere.

Reason for doing this is I make good money but, absolutely hate my job. So, I am looking for a way to make money off of youtube videos. If successful I will travel longer but, I have 6 months available before I make the decision to return to my job or not.

You need a theme or niche. General travel has been done to death. How many people watch VLOGs?

By niche I’m talking something with a die hard cult following. You could visist record stores in 50 countries looking for rare records (off the top of my head). There’s enough meat in a subject like that to never run out of material.

What are your interests?

That is what I was thinking, gen. travel, food has been done.

Interests? In terms of this nothing really. I am open to anything.

If you want to travel the world you need to identify an audience that would actually watch you.

Is there a huge backpacking/hostel crowd?

Maybe you could try and live on $100/week in 50 different countries. Blog that experience.

You could “walk around the world”. Several people have done this, it takes a few years. Boats/planes are involved at certain points obviously.

Go around visiting iconic gyms. Train with the owners.

Or a mix of all these things. Have a ‘blokes’ holiday.

I’m actually extremely jealous you get to do this @xXSeraphimXx. How about you come to Australia 1St and pick me up! Haha

Yeah, I can call it broing across the globe or douching around the world.

The budget travel looks interesting. I have seen it done but, it is usually in places where people already want to budget travel i.e Thailand.

Have also considered doing the worlds most dangerous and/or adventurous treks.

If I was going to do something of contemporary interest it would be touring micro-breweries and getting the cool back story on how that particular one came about.

People like to get that inside skinny. Grow a beard, wear some flannel, maybe carry a sword. Use words like robust and hearty, and make your way from place to place on a steampunk recumbent bike (for the camera).

You will be beheaded in no time if you go to the world’s MOST dangerous places.

How about Venezuela. Start slow lol.

I meant treks as in trail/hiking expeditions i.e el caminito del rey. Would also still be physical in nature.

To piggy back on @FlatsFarmer I would watch a show where a guy learns TKD in Okinawa and then Savate in France, go to the Gracie Jou Jitsu etc…

Enter comps get your ass kicked. It would be a good show.

I have a Martin Rooney book where he goes to Russia for sambo and Thailand for muay-thai, etc. Just the pictures of the different gyms are cool.

To piggy back on @FlatsFarmer I would watch a show where a guy learns TKD in Okinawa and then Savate in France, go to the Gracie Jou Jitsu etc…

Hate to be the one to break this to you, but it’s been done to death, even on TV - Human Weapon and Fight Quest shows come to mind. Both shows were cancelled due to abysmally low ratings. 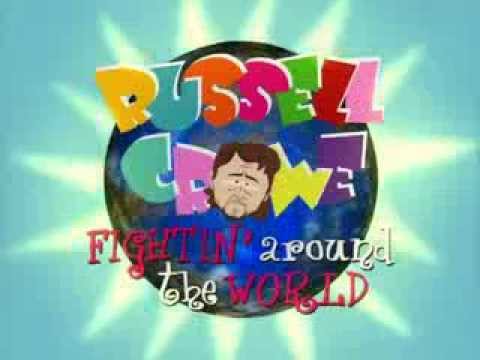 Just do this. I’ll fucking pay to watch it.

Just do this. I’ll fucking pay to watch it.

One of my brothers did that when he was in the Navy, but that was way before youtube.