What are the 5 most addicting games you have played.
For me here is the “lineup”…

1.) Silkroad Online - met some of the coolest people on there, a bodybuilder and this is how I actually got training, it’s very PVP orientated and this for me, the competition is why it’s addicting. I don’t play it anymore but had a lvl 76 Pure Strength build on pluto server if anyones interested PM me. Played this for 3 years.

2.) Delta Force 2 - This game was awesome one of the early kickass FPS games. If anyone played holla at me I’d like to know, I was in the clan CAW if you know em. Played for 6 years.

3.) Call of Duty 1 - I’m just a sucker for FPS went to this with some DF2 friends after DF2 was finished. Played 4 years.

4.) San Andreas - amazing, we all know why. Duration since release.

The Diablo games and WoW are by far the most addicting games this world has ever seen.

Counter strike is up there for me as well

Fallout 3 - One of the best games I’ve ever played. I’ve beaten it three times already, I’m playing it again. There’s so much to do, so much to see and so many things to kill in the most violent of ways.

Metal Gear Solid - On Playstation 1. I haven’t played it in years, but when I was playing it… 5…6…7 times I must have beaten it? Shite.

Final Fantasy VIII - My favourite Final Fantasy to this date. Another one of those games I played through at least 3 times.

IL2 Sturmovik - Best flight sim I ever played. Back when I was 15-16, it stole my life. Now my computer is garbage and can’t handle it.

WWII: Online - Worst debut in game history, but in time it turned out to be phenomenal. What an incredible online experience. Massive battles in the air, land and sea. I haven’t played it in some 3 years, but from what I’ve seen it’s even better now. Too bad this computer is garbage.

Delta Force 2? Isn’t that the one where you lie prone and search through your scope for snipers? It was ok but 6 years? damn…

As for most addicting

Any decent RPG is addictive enough.

[quote]waylanderxx wrote:
The Diablo games and WoW are by far the most addicting games this world has ever seen.

Counter strike is up there for me as well[/quote]

Played my first free month of WoW and couldn’t take any more of it. Maybe if it was for free, I would have gave it a chance and played more.

Past:
3) Kill Zone 2 (Stopped it as soon as I got the highest level, now they have new levels but don’t play it)
4) Day of Defeat: Source
5) Counter Strike: Source

I used to play DF2 back when I had 56k. I played the three Delta Force games because they were the only things that ran really well with 56k online. Then, I got my new computer and downloaded Black Hawk Down.

I was really addicted to the Sims for a few days last year, and then I added all the expansions I had at once (about 4-6) and I was instantly overwhelmed and realized I couldn’t play anymore. I was so thankful to be released from its clutches.

Theme Hospital and Roller Coaster Tycoon both had me going for quite a while. Who could forget Starcraft-where a single match online or campaign could take over an hour…and then you lose and have to do it again.

I think Halo 2 online was huge for me logging in countless hours at a game though.

The formula for an addictive game is basically creating a series of very small, short term goals that never cease to progress, and there is no overlying, definite end goal.

Call of Duty 4 on xbox live for a little bit each day.

I was born in 79. so I played atari for a while. moon patrol , centipede, burger time, boxing, baseball , dig dug, pitfall were awsome! then came nes: anticipation, zelda, castlevania, dragon warrior and final fantasy (the original). then snes: mortal combat 2, street fighter 2. never got inot n64 or gamecube. dabled with sega genesis. got a ps1 after ps2 came out. hooked on twisted metal 1&2. test drive 4 ,quake 2. and tekken 2. pc games: I had one of the delta force games (desert stirke? ) it was fn as hell. start off in mountains sneakin up on camps and shootn people down. fun game. I might have to pull it out 1 of these days again. currently playn doom 3. fukn love it!!! but thank god fr the strategy guide. my top 5 games. 1. dragon warrior (nes) 2. zelda (nes) 3. tekken 2 (ps1) 4. quake 2 (ps1) 5. 3 way tie. mortal combat 2 and street fighter 2 & test drive 4. as u can tell I really haven’t played any of the modern games out there lol

Am I the only fucker left that likes Madden?

And the PS2 version too, because I can’t run the fucking ball on Xbox. Or pass really, or play defense. God I suck.

Good God yes. Insane amounts of fun. I was playing it earlier with my brother and his room-mate and we were doing pretty well at level 17 when the computer decided to kick me out of the server for ‘‘All player stances disallowed’’.
Damn good fun, though…

As of late, I just can’t stop playing “Horde” on Gears of War 2 on Xbox Live. I play every night for a few hours. Very addicting.

Since this is about “addicting” games, and not necessarily my favorite games ever:

I realize the kinds of games you were looking for in your original post, but shit you not. Start playing this game and you won’t be able to stop until you beat it… 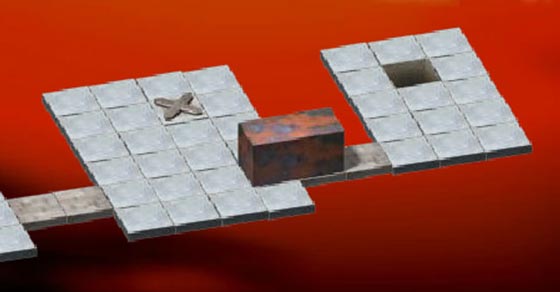 I thought I was the only one infatuated with that game 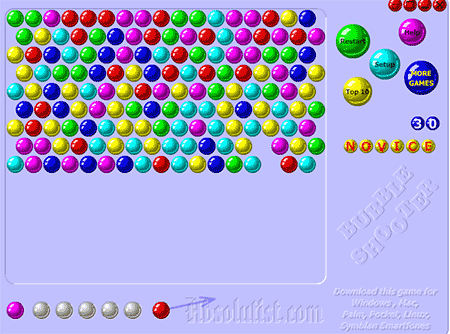 Play the world famous Bubble Shooter game on our website. It is free to play with no signup or download required. Aim, pop and shoot.

This one certainly is addictive

1.) Major Mud for Worldgroup/Major BBS Systems. It was a text/rpg type game. I spent more hours playing this game than any other game. I remember so much about it, it’s frightening.

[quote]jasmincar wrote:
Diablo 2…when I was 13 I used to play 3 hours per day