25 Too Young for TRT? And Some Other Concerns

As an update, I did my bloodwork on June 8 and posted the results

Started using CBD oil, thinking that would help for sleep, but it hasn’t. It certainly helped with anxiety, but the side effects of dry mouth and less REM sleep weren’t helpful.

The differences between this test and others is that I did it between 7-9 AM, after close to a month of no psychiatric medications, and actually had a good night’s sleep before the test.

These numbers are pretty much as good as I think it’s gonna get for me, and my low-T symptoms are if anything worse than they’ve ever been. Especially since getting off the AD, my energy levels and desire to get things done has been shot. On top of that, feeling normal and relatively positive / social has taken a hit and every action from going to the gym to eating seems like an incredible chore.

My testosterone was back “in range” to 390 ng/dL after the last test of 212, but my ultrasensitive estradiol is crazy high. I wonder what those numbers would’ve been had my doctor included it on my other tests, but attached the entire results from ~2 weeks ago.

Even though my testosterone levels are now “in range,” I don’t feel any different and if anything feel worse than I have since my depression has come back. If anyone understands more in-depth how to analyze my numbers, how concerned should I be about the high estradiol numbers? 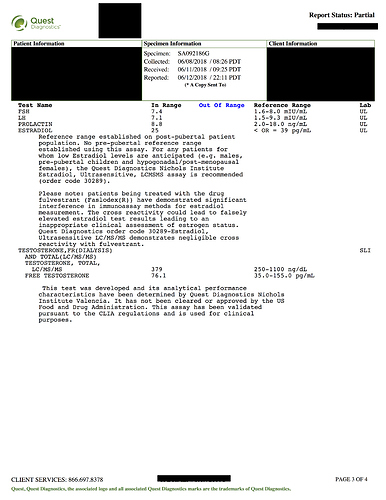 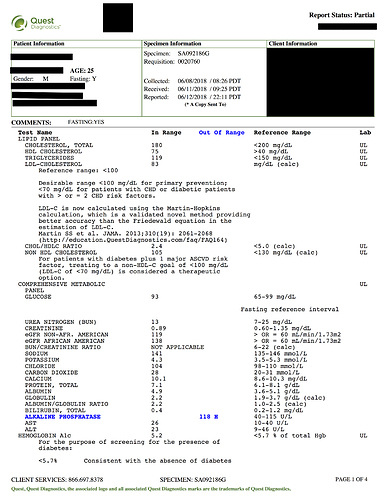 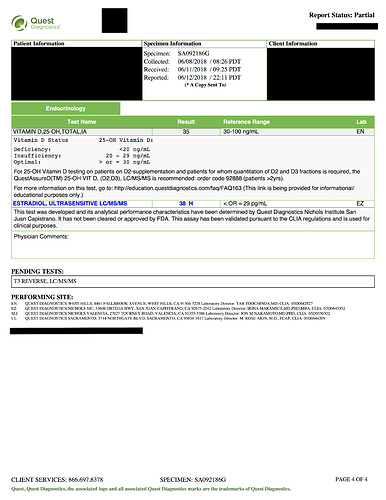 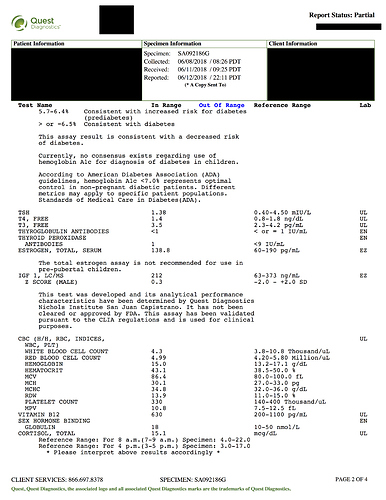 Any advice on those new labs?

Since stopping the SSRI, my mood and overall depression has gotten much, much worse. I’m incredibly miserable and hopeless a lot of the time, whereas before I had the fatiguability but my social life wasn’t greatly impacted. It’s like I went from a mild depression to a really severe one, to the point that I don’t want to go out because I feel like I’m not able to mentally be myself.

Clomid won’t work in the long run as the testicles are only going to decrease in functionality. Just looking at your pictures it’s not hard to tell testosterone is low, it’s obvious. You will absolutely require an AI with your testosterone, estrogen is high when testosterone is low.

I wonder what your testosterone levels look like in real time, remember labs are a snapshot frozen in time, blood levels are constantly fluctuating meaning you could be lower the majority of the time and you just caught a glimpse of a high peak.

Thyroid looks good, but would like to have seen Reverse T3. I would recommend small injections EOD do to low SHBG.

That makes sense. I’m definitely going to look into this. I have an appointment with a TRT doctor, Eric Karpman in Mountain View, CA on the 26th. 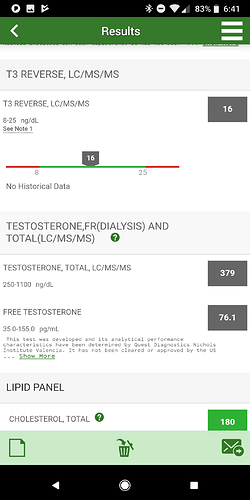 I have one more lab order that I’m gonna complete in the next week or so, and I’ll definitely post those on here.

Also going to try to take KSMan’s advice and put my entire case in one place.

Absolutely man, I mean point blank even with a “normal” weight I’m fat and my QOL is in the garbage. Blatantly evident that my testosterone is low.

Reverse T3 is fine, only one point above optimal. I thought for sure your labs were going to show a thyroid problem, that just shows you how bad your testosterone situation really is.

Have you had ultrasound of testicles? If not check them out.