Been lifting for 4 months, took a blood test as part of a normal checkup routine. Results where kind of underwhelming. See attached picture. 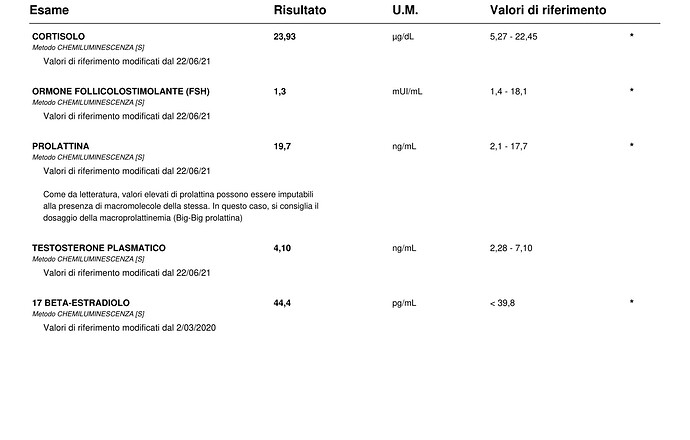 What really bugs me is the estradiol level. Could this be the cause of the mild cellulite I’m carrying on my glutes? I should point out that before this I was your typical skinny-fat gamer kid who sat on his ass all day.
Progress in the gym has been quite good, and I would say “in-line” for 4 months. Currently lean-bulking (have been doing so since I started) at 3000 cals per day (300 over maintenance) with a 35 carb 35 protein 30 fat macro split. No soy related products, no junk food/drinks. Sitting at 76kgs aka 167 pounds for 177cm aka 5’10’'. When I started I was 70kgs, aka 154 pounds.

I’m starting to consider a low dose exemestane based A.I. to perhaps lower the Estradiol. After some research it seems that Estradiol is an antagonist to Testosterone. My reasoning is that by lowering Estradiol my Test would have an easier time going back up. However, I’d have to keep taking an A.I. until my cut, otherwise Testosterone would just be re-aromatised into Estradiol by the fat in the glutes.

Would the A.I. kill off the cellulite as well? The risk is falling into “bro-science” and I’d just end up spinning my wheels. My inner critic is telling me that I’m looking for excuses, but the numbers are there, and cellulite is kind of killing my motivation, especially because I’m a man.

The AI isn’t the answer to your estrogen levels, you would be using the AI to sidestep another issue.

The low FSH is concerning and may be pointing to infertility in the not-so-distant future. Normally the LH and FSH are run together since they are both stimulating hormones for the testicles.

Well, looks like I have more concerning things to think about, more so than having a fat ass, at the very least.

I have another test, taken on the 18th December. Urologist dismissed the cortisol and no longer had it tested. 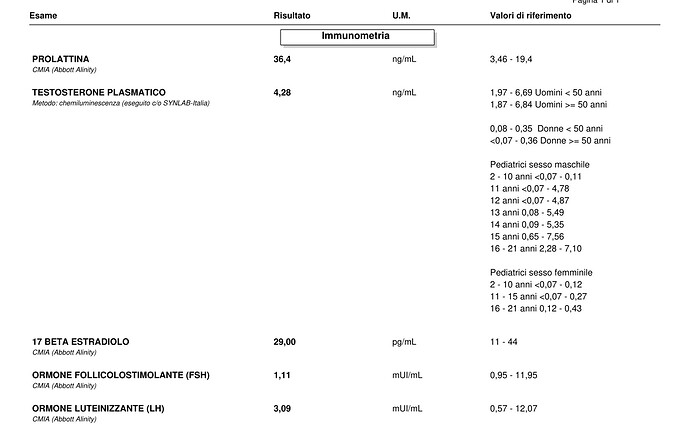 I should point out that I am seeing a Urologist, but it seems that unless you’re a seriously pathological case you just get dismissed with a pat on the back.
My prolactin shot up since then, estradiol now in normal range, slight increase in T. I should also point out that both the tests were done while in abstinence for at least 3 days.

Unfortunately I don’t have free T and SHBG tests because I must comply to whatever the Uro wants tested. Prices for individual hormone testing are out of reach for a broke college student.
I will be seeing the Uro again some time in January for a situation update.

What would you advise regarding my cortisol levels?

Well, looks like I have more concerning things to think about, more so than having a fat ass, at the very least.

Fat storage, accumulation is different for everyone, some of us have to work harder to keep it off.

Urologist dismissed the cortisol and no longer had it tested.

I should point out that I am seeing a Urologist, but it seems that unless you’re a seriously pathological case you just get dismissed with a pat on the back.

This is a sick care system which treats symptoms, the cause is often ignored. You have problems getting an erection and out comes the ED meds instead of searching for the cause.

My prolactin shot up since then

What would you advise regarding my cortisol levels?

A growth on the pituitary gland could increase both prolactin and cortisol levels. Medications can also increase these.

The causes for high cortisol are many that makes the answer difficult to pinpoint.

If you ejaculate within 24 hours of a prolactin test it will read high.

Alright, thanks for the insight. The ED med thing is so true, I was immediately prescribed a notorious pill to help “get it up” and got a healthy dose of pep talk on how I shouldn’t be concerned about performance yada yada yada.
I’m no doctor, but prescribing such a medicine to a 21 year old young adult is like buying a new car at the dealership, find out it’s burning oil and rather than fixing the problem you just keep topping it up every month…

The observation you made on prolactin unfortunately doesn’t apply in my case, I was abstaining for 3 days as not to mess with the numbers.

In any case I’ll just man up and ignore my girly fat deposits, and keep working at the gym, my initial A.I. option doesn’t seem to be of any value. Should anything arise from the upcoming Uro visit I’ll post an update if it’s anything interesting.

What really bugs me is the estradiol level

What would bug me is that prolactin level

I forgot to mention the elevation in prolactin can be linked to thyroid problems.