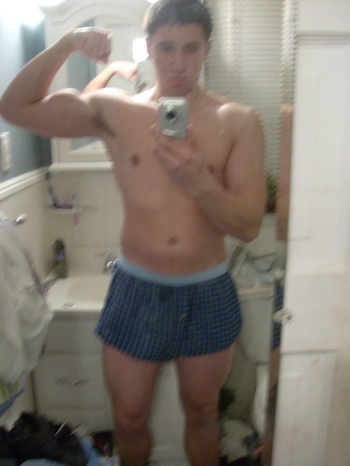 me at 20 years old, 6 feet, 200lbs. im looking to keep bulking until i start my cut most likely in April. 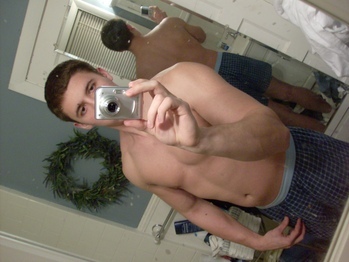 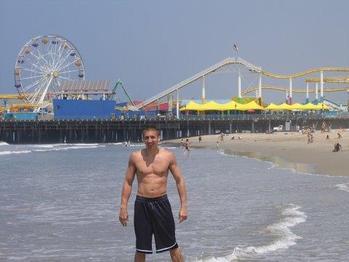 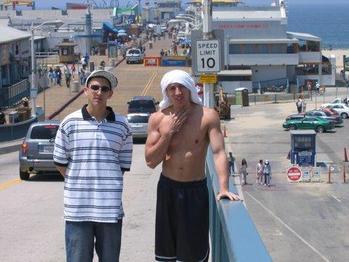 another one from 170. i actually used to be skinnier the 170s are after id been lifting for about 6 months.

What are your max lifts? It doesn’t look like there is enough muscle under the fat to even think about cutting in April…?

Looks like you need to work on your back BIG time to increase overall upper body.

You looked better at 170… Calm down on the bulking just be healthy and lift hard… good things will happen to your physique.

[quote]LilDaDDyDreW wrote:
You looked better at 170… Calm down on the bulking just be healthy and lift hard… good things will happen to your physique.[/quote]

i take it youve never bulked before?

[quote]billaJ wrote:
What are your max lifts? It doesn’t look like there is enough muscle under the fat to even think about cutting in April…?

Looks like you need to work on your back BIG time to increase overall upper body.[/quote]

i think i need to hit my lats a lot more, i havent been training them until recently. other than that i feel my back is fine.

as far as bulking in April, thats assuming i get things in order and put on at least 15 pounds between now and then which i think is possible.

What drew is trying to get across (I assume) is don’t bulk. You need to get the idea of bulking out of your mind. If you gain 15lbs you may feel as though your getting bigger, but if only 2lbs of that is muscle, couldn’t you have achieved the same results by just eating clean and just a few hundred calories over your DCR, instead of eating way more, and gaining a lot of fat.

work on your back, legs, and eat clean and good things will come.

that would be true in some cases but i dont think it is true in mine. i havent gained all that much fat especially when compared to most other bulks. most of my gains are clean (doing the AD). so far ive only been gaining at a rate of 1 lb per week (last month or two) but i think that was because of my training which ive changed but its gonna take a while to see results from that.

im not all that concerned with overall fat gain. look at my stomach in both sets of pictures. i have the same 2 top abs visible in both yet in the first set theyre just pushed out b/c my stomach is expanded w/ food. due to my age, ectomorph metabolism, and and diet i dont think theres a huge issue with fat and i dont think im even past 12%.

Good bulking progress, you havent gained much fat at all.

[quote]LiveFromThe781 wrote:
billaJ wrote:
What are your max lifts? It doesn’t look like there is enough muscle under the fat to even think about cutting in April…?

Looks like you need to work on your back BIG time to increase overall upper body.

i think i need to hit my lats a lot more, i havent been training them until recently. other than that i feel my back is fine.

Your back is fine, if thats all your shooting for. It is behind the rest of your body though. Keep lifting heavy and eating a lot and you’ll see a huge difference. On the right track.

I didn’t mean to offend you by downplaying your bulk by saying you looked better at 170 but its my honest opinion. Superthrustjohn understood my coment and i thought you would be able to as well… The reason for the comment to answer your question is yes i have bulked and it wasn’t the smartest thing i’ve done as far as weight training i went from 185 to 207 in about three and a half months…

i thought i was the shit, it wasn’t till i looked at pics of myself and realized my face had fattened out that i realized time to end the bulk and that i had overdone it… I cut to 190 and all is great. I have come to the point in weight training where the scale is not the end all be all- the mirror and the plates im lifting are.

but the trouble with what youre saying and your experience is that it doesnt apply to me.

yes lifting more and the mirror are good but you cant add serious mass without adding weight. you DONT have to get fat like some people do but if you want to keep a 6-pack your whole life then you arent going to be moving a lot of weight anyway. a lot of people who bulk do the same thing you did. theyre so used to looking a certain way and once they leave it its hard for them to adjust to not looking so great with your shirt off for a while. im satisfied with how things are going, especially considering that ive made some recent changes which should speed the process even more. my top 2 abs are still visible, i dont think im past 12%BF, and im lifting more weight. so yea id say all and all im doing pretty good for myself right now.

…all that, and you continuosly choose great avatars! Keep up the good work…

I understand what you’re saying man, I make better strength and hypertrophy gains when my bodyfat is higher, I feel healthier even though you can only see the top 2 abs.

But the idea of bulking is still retarded, and is not the same in theory as just keeping a higher bodyfat %. Bulking implies ingesting large amounts of food merely to gain weight without regard for fat gain. You can only build so much muscle in a certain period of time, so why not shoot for maximal muscle gain with 2lbs of fat instead of 20lbs of fat.

[quote]LiveFromThe781 wrote:
so yea id say all and all im doing pretty good for myself right now.[/quote]

So why did you post your pictures? You apparently know everything, arent open to advice, and dont care to hear anyones opinion besides “OMG, ur muscels are soo hawt!”

…wow thats not the case at all. there were a couple of people who said what i need to work on and i agreed with them. i just dont agree with the people who tell me i should stop bulking purely because they think its better to keep abz all year long.

I never once said anything about seeing abs. Just that the idea of bulking is retarded and becoming a thing of the past for good reason.

First off, the bulk seems to be going well. If you’re gaining size/strength and are happy then why stop? You don’t look 30 pounds heavier, I’d say ~15, and not as lean, but thats just my $.02 since I’m assuming thats what you wanted when you started this thread?

So what are your goals? I’m assuming the obvious which would be get bigger and then cut some fat?

As far as the little flame war about bulking/cutting I think excessive bulking isn’t the best thing, but that depends on the persons goals.

It is possible to move big weights, get stronger, and bigger, while staying lean enough to see abs. There exists a fine line where said lifter is getting enough (quality) food to grow, while fat gain is at a minimum. People discuss/debate/argue to no end the whole ‘see sweet abs’ things way too much. If you have an stance on the matter, stick with it and thats it!

I gotta say you’re not 12% in your most recent pics. I seriously advise you to not fret though, BF% is just another stupid # people care too much about and often bs, simply because they don’t know. (EVERYONE, that’s NOT a slam on you) But I’m sure you’re not too worried about your BF% during a bulk though, right?

Regardless, you seem to be growing, which means you’re reaching your goals, so props. I’d just watch the excessiveness of the bulk, keep lifting and keep growing man.