[quote]matthew_gray wrote:
I’ve decided competition is in my future. I’m doing a physique show in february, just to sort of get my feet wet, and hope to transition into bodybuilding immediately after. Chest and lats will be a large focus this next while. [/quote]

I don’t believe your aesthetics are nearly as well suited for physique as they are for bodybuilding. Particularly since you have very impressive legs. I honestly think if you did a physique show and a bodybuilding show back-to-back this year, you’d place better in the bodybuilding. So… do both!

My coach and I actually just decided to completely pass on the physique show in feb, and put in work for BB in june 2016 instead! No sense in “wasting” valuable time getting into contest shape when I’ll end up on a physique stage just looking like a shitty bodybuilder ha. 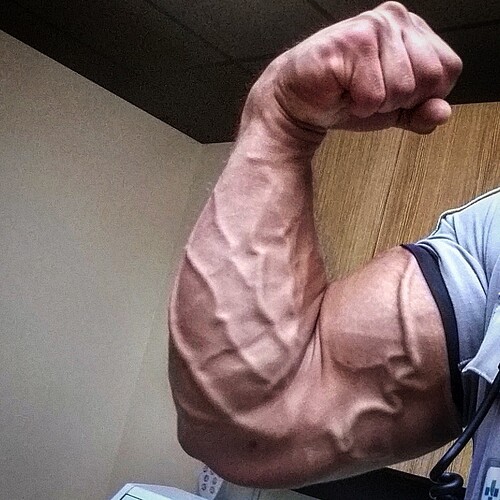 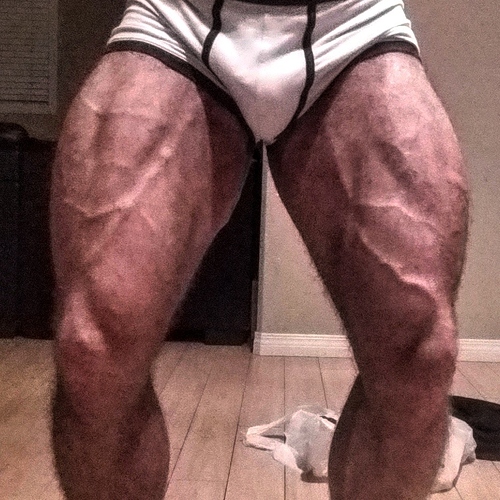 Dude, your legs are huge! That comment is coming from jealousy, especially with your minimal leg work??

I’m hitting the wheels twice per week and JUST finally starting to see a LITTLE progress after about 4 months.

Anyways, looks like you’re on track and I’ll be following your progress, keep it up.

Well I am still dieting here, though my weight hasn’t gone down too too much at all, which is pretty cool.

The idea is going to be get to a “maintainable” leanness, then spend 4 weeks “practicing” water maintenence techniques and see how a real shred “feels”. Then rebound hard, and spend 4 months gaining mass. The plan is to hit the brakes if I get too fat, and do mini cuts as needed throughout the year, with a 16 week period saved for the real cut and prep.

We are HOPING I won’t ever be needing to do another full cut except for contest preps.

Looking great. It’s hard to tell from the pics, but your right quad seems to be larger than your left (especially at the top). Probably something a tape measure could answer. Symmetry is a big deal at competition level (not speaking from experience, just from second hand info, I am not an expert by any means). Curious what your chest routine has changed to and if you’re seeing any progress there? Do you focus on high volume or heavier weight / low reps? Vascularity is amazing but work on the bicep peak as well. The bicep flex pic made your arm appear somewhat flat, but again, it could be the way you were holding the camera.

Good luck with everything!

[quote]apostlepd wrote:
but work on the bicep peak as well. The bicep flex pic made your arm appear somewhat flat, but again, it could be the way you were holding the camera.
[/quote]

His fist is rotated forward. Look at your own arm and see what happens when you rotate your fist forward, then back. Magical, isn’t it? 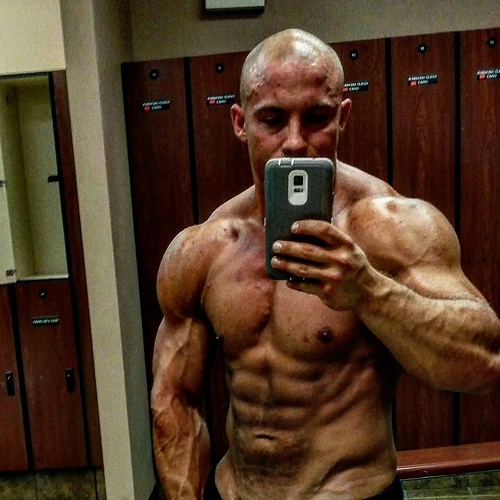 836×836 165 KB
Hey guys I know this is pretty frowned upon for this particular forum, slicked up in fresh tan and sweat, great lighting, bit of a pump, but this particular pic has received a lot of attention locally
StevenF August 13, 2015, 4:24pm #31

I don’t usually comment on this forum but damn impressive, especially legs. You clearly have the genes and more importantly the drive to do well in bodybuilding. I have neither! Best of luck to you.

I’ve never write to congratulate someone in this FORUM(keeping to read it all the time) but you, and you transformation deserve it !
Please share you nutrition views and practices …
Keep doing it man .

Well I’ve been coached through my diet the last little while, but basically the main dietary “techniques” have just been calorie control and carb timing. I have been lucky enough to handle large large amounts of carbs, but ONLY pre, intra, and post training. That’s where every single gram of carbs falls on training days. I only have 2 meals that have any significant amount of fat in them (and even that’s not much, 100g of ground beef for one meal, and 3 eggs for another) . Off days have only 2 servings of carbs throughout the day, and a little bit more fat added.

Fasted (when possible) LISS cardio about 2 hours a week total (I’ll be honest I slacked on this a bit) and currently this coming week adding 3 HIIT sessions on the bike on top of everything - hope being to melt off the last bits of fat in the last two weeks of dieting. Also going to be starting a water “peak” halfway through those two weeks as well. Nothing like a full stage prep, but a little practice, should be able to be photoshoot ready (I’ve got some pro shots booked for the 5th).

I certainly am a little scared of a true contest prep though. The fact is, I am starting to find my diet really really hard, and I know alot of people diet so much harder than me. I have set meals, but I am allowed to iifym as needed sort of thing. I’m allowed enough carbs pre and post workout I can have a large bowl of rice krispies with almond milk preworkout, or even half a box of waffles with fruit and fat free cool whip. Or Ezekiel English muffins with eggs, cheese, and salsa. Post workout I’m allowed even more carbs, but not fats at all, which still leaves ridiculous amounts of delicious options. I can really “pig out” on training days if I want…

The fact I’m finding it difficult now with that much “freedom” to eat great stuff is definitely worrying me for the future.