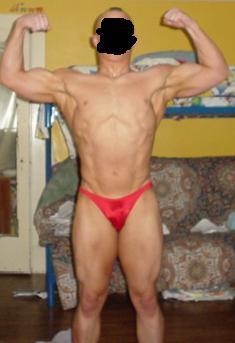 Im posting it here so people can see how much they can achieve if they put in the hard work and make sacrifices, and just how quickly they can lose it if they half ass.

Thought Id post it here because everyone here is trying to put on muscle or lose weight and its prety inspirational. 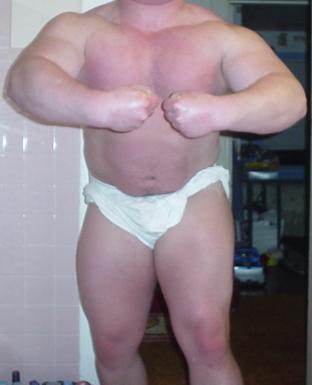 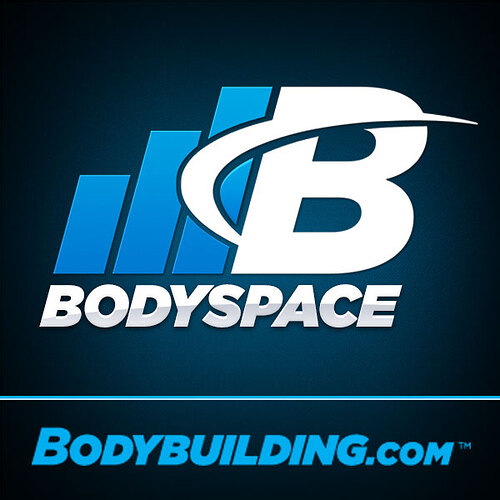 The most popular bodybuilding message boards!

The whole bulk took only 9 months.

Sample of what he ate: 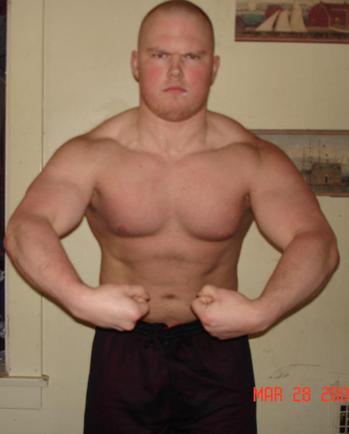 After the bulk, he stoped lifting and cut his calories. Lost 73lbs…

Looks about like what I did except I “only” gained 70 pounds… but now I’m dieting all the fat I gained off.

The before picture looks far better than all the others!

Looking at his pictures from the links it looks like he lost like 75% of the muscle he gained which made that nearly a waste of freaking time.

If someone is going to go through the trouble of getting up to 300 lbs and the discomfort that comes from that they better have something to show for it and in my opinion he doesn’t.

I feel like puking after seeing how much he ate…over 700g of protein!!! WTF! I’d hate to share a bathroom with him.

…well…i think the results aren’t great…too fat too fast…cut too fast…lost muscle…but…at least he gained weight, which is more than some ppl can say about their “bulks”

Wow what a dumbass…

uhm…he gained 112 pounds in 9 months? I think he used it as an excuse to just eat anything in front of him, which is pretty obvious by the amount of fat he gained.

Anyway, I’m not impressed. I’m not the type that normally says anything about roids at all, but I think anyone could take roids, eat insane amounts of food and become a fatass in 9 months…but why would they want to?

I think he would have kept much more of that muscle if he had continued lifting.

I had it in mind to try the same thing, but I wanted to get my lifts around 3-4-5 before I did it.

Thats the point, he half assed it and cut his calories way to low and lost everything, he would be like 210 lean now. If he would have kept working out and gradualy cut he would have no doubt been a lean 240.

One of the best bulks, and worst cuts I have ever seen.

I will second what Nate Dogg said. He looked MUCH better in the first pic. He basically spent 9 months turning himself into a fat fuck.

It doesn’t look like even 1/4 of that weight gained was muscle. Look at his legs in the bulked up pic. They are about the same size as they were in his before shot. I can guarantee that he could have easily gained the same 20 or so lbs of muscle in the same time period without the 90+ lbs of fat. He also wouldn’t have had to go through a cutting phase and lose all the muscle he gained.

I think this is a prime example of why the bulking and cutting strategy DOES NOT WORK! It is the most retarded thing in the world.

Every winter, thousands of weight lifters stuff everything they can down their throats and become fat while gaining no more muscle than they would have if they simply focused on eating just enough and training hard.

Then when spring rolls around they desperately try to lose the fat, which most of them fail miserably at. They end up losing all the muscle they gained while never even getting anywhere close to a six pack. This puts them right back where they started at the end of every summer, no bigger than they were the previous year.

I don’t even train for bodybuilding goals and I’ve done a better job at hypertrophy and gaining muscle mass than 90% of the people I see online who bulk and cut. In January I weighed 170 at 12% bodyfat. I decided I wanted to tryout for my college football team and started training simply to get stronger and faster. All the while I knew I needed to gain some weight so I ate about 250 excess calories everyday. Now I weigh 199 at 13% bodyfat. Hmmm, that’s 24 lbs of muscle gained and only 5 lbs of fat gained in 10 months. Keep in mind, I wasn’t even training with body composition goals in mind. I can easily provide photos for those who don’t believe me.

How many people do you know who took a bulk and cut strategy and ended up with that much more muscle at about the same bodyfat after all was said and done? You may know a few, but I know for certain that you know alot more who saw little to no progress.

Am I just trying to brag on the internet or say I’m some genetic freak? No. And no. I’m simply using this example to show you that force feeding massive amounts of food down your throat in no way leads to more muscle gain. All it does is turn you into a fatass and ultimately causes you to lose most of that muscle while you try to lose all the fat.

I think you’re all missing the point here. You haven’t even wondered what it feels like to weigh 300 lbs? I’m pretty sure that no one is stupid enough to think that going the route that this guy did is going to give them progress in the end.

not a good way to go about it, but muscle has memory, and regaining the muscle that did form in the bulk can be achieved more easily and clean-eatingly at the same time

should have kept lifting when dieting down

at least he has no fear of bulking and can diet well too!!!

I think this is a prime example of a situation that many people run into. That muscle mass you JUST gained? That’s not yours yet no matter how much you like it. You need to give your body time and a darn good reason to keep it. That means continually training with the heavy iron and feeding the protein that built the muscle.

If you try to cut down especially without AAS or other strong muscle sparing drugs that muscle you thought was yours forever is now gone. How many people have lost muscle coming fresh off a gaining phase? A lot I would say. How many times(barring extreme illness and other outrageous things) have you lost muscle that you’ve had for 2+ years? Bodybuilding is not a natural thing for the body and it doesn’t want this extra muscle, you have to give it really good reason to keep it or you just turned yourself into a bloated pig with very little(if any) progress to show for it at this point.

People need to establish a “set point” for the body no matter how antsy in their pantsy they are to peel off the fat in a gaining phase. Patience is again a key here that most people don’t have.

WOW, Im sorry for posting this,

Some of you guys are just mentaly ill, he put on 50+lbs of muscle in 9 months and one of you is saying his legs look the same size? WHAT?

Some of you are saying that bulking and cutting dont work? He gained 50-60lbs of muscle in 9 months. It works x10000 its retarded dieting and lack of training that dosent work.

[quote]deapee wrote:
uhm…he gained 112 pounds in 9 months? I think he used it as an excuse to just eat anything in front of him, which is pretty obvious by the amount of fat he gained.

Anyway, I’m not impressed. I’m not the type that normally says anything about roids at all, but I think anyone could take roids, eat insane amounts of food and become a fatass in 9 months…but why would they want to?[/quote]