So my younger brother recently got into lifting. He’s 11 and pretty weak. Any program/routine suggestions?

Yup, bodyweight exercises, sports. He doesn’t need to follow a routine, and shouldn’t. Pushups, pullups, bodyweight squats, sprints, bear crawls, burpees, and any sport you can get him to play. 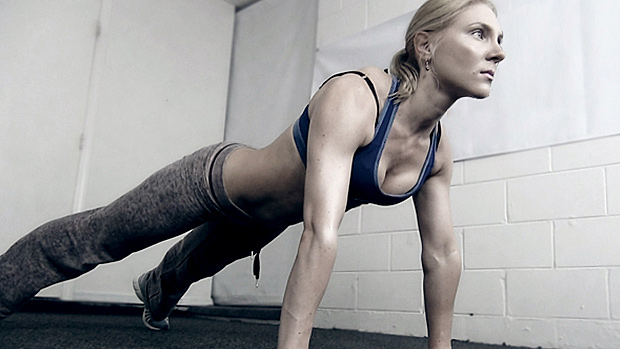 What would happen if you did push-ups and bodyweight squats every day?

Build good habits, do stuff within their ability, progressive overload (not necessarily with weight but more reps/sets)

GPP, sports, get fit as fuck. Eat enough. Lift with perfect form , RPE sub 7. Safe enough. If he wants to go into anything in particular e.g. powerlifting, weightlifting etc. put a bit more focus on the relevant movements but overall development should be the aim. If he has thing for body weight shit then do that but they ain’t magic for teenagers or some bull shit.

Resistance training for children and adolescents

As more children and adolescents are becoming involved in exercise and school or community based athletics, attention is turned towards proper training and conditioning to optimize performance, stimulate athletic development and ensure safety while...

As I have gone through the beginners stages in recent years I can only suggest that you work on the fundamental body weight exercises such as press ups, squats etc… also have a good focus on core stability type exercises as core strength is needed no matter what sport or exercises you take part in. use this time to get form and technique as good as you can. Id suggest the use of resistance bands and thera bands when he becomes comfortable with movements and exercises to help progress his abilities further whilst still being safe and not harming growth plates.

I started bodybuilding when I was 11 via a training split, I had gone through a growth spurt at the time (but was still super short and I still am now) and wanted to bulk up (which I managed to do) mostly machines and some barbell stuff like bench press, overhead press, rows etc. I actually started lifting weights even younger, the first time I used dumbbells I was about six or seven however it was periodically on and off and I turned out juuuussstttt fiiiii… Wait a minute…

(post withdrawn by author, will be automatically deleted in 24 hours unless flagged)

WTF dude, just because we tell you not to clown how athletes look because you’re not strong and haven’t put enough time into training doesn’t mean you gotta self-deprecate.

We saw what you wrote.

Yep. Teaching a Kid to Lift

Like some of the guys have said, doing a sport (any sport either with school, as a rec league, or on his own) will also be a huge benefit for general conditioning, coordination, and overall purpose/goals.

Nobody expects him to be pulling 225 already. Odds are he’d have trouble with just the barbell, so I’d definitely hold off on free weights to avoid it being a discouraging and frustrating experience.

My teammate’s daughter lifts while they train. Both the mom and dad are strong as hell.

She’s 7 pulling 85 and benching whatever the technique bar is, which is pretty impressive. He says he can’t get her to barbell squat right at the moment, so he doesn’t bother with that. Does bodyweight squats instead.

To put things into perspective, there are grown men and women who swear by bodyweight exercises with workout videos and “bootcamp” classes. I’m sure it’s good enough for a child.

I’m not. I know plenty of high school girls and middle schoolers who can lift more than I can. I was simply stating that I may need a similar training program as that is just where I am at. I know where I start. I’m not trying to stay there. I plan to get stronger.

Dawg, this is mad relatable because I been there.

Like I said, body weight exercises can benefit anyone and don’t need to replace the existing barbell work you’re already doing. As Max Shank says in the article I posted, “It’s about common sense. All things being equal, who’s going to be stronger, your clone who does an extra 100 push-ups and squats every day, or you?”

Thanks for actually explaining to me what was wrong with the posts I was making. Your insight has helped to be more careful with what I say in the future. I can’t thank you enough for that.

But I’ve got to say, you repeatedly posting my numbers with a troll face got really old and lost its humor. I know my numbers. I don’t need to be told 10 times what they are. Other than that, you were helpful.

I’m going to agree with all the advice given here to do bodyweight exercises, specifically the plan chris posted. And, of course, sports are great too.

I don’t believe most kids under the age of 13-14 should lift weights at all, and many young teenagers should also stick to bodyweight stuff. I’m very familiar with what weightlifting looks like in most high school gyms, and it’s not pretty. It’s worse at younger ages.

Just competing athletically will be sufficient at 11 to develop the neural pathways and the strength base that will be necessary to become a good weightlifter later in life. No 11 year old is going to follow a program properly, use good form, or have any reasonable training intuition in the weight room. What he CAN do is follow a list of 6 exercises a few times a week for just a couple sets, high reps.

I was so tempted to do it again. Sorry.

I took a sensu bean before a powerlifting meet and have a total of 10000 kilos.

EDIT: I just noticed that your total is over 9000

Speaking of which, I just got my new powerlifting singlet in the mail: 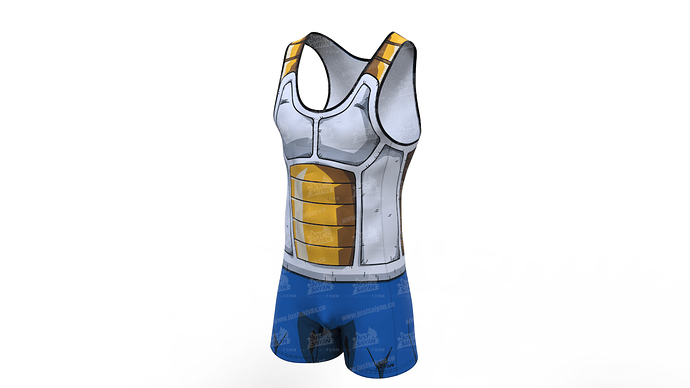 My son did sports and body weight stuff… until he hit 13 and I put him under a bar.

I’m very familiar with what weightlifting looks like in most high school gyms, and it’s not pretty. It’s worse at younger ages. 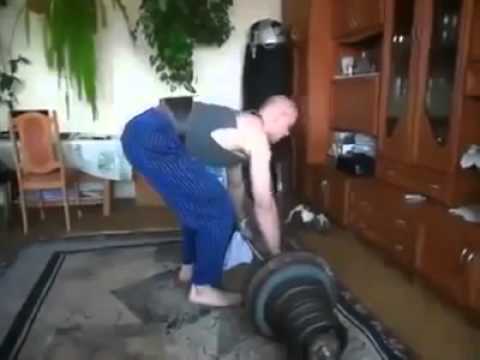 not gonna lie, I wish I could do that. Hitching is so useful in strongman, and I just have not figured out how to do it. My motor patterns from powerlifting are so ingrained in me that I can’t make it work.