Looking for opinions and criticism. I’ve been told by an extremely knowledgeable person to stop immediately but I still want everyone’s opinion.

just wanted to let y’all know about my first cycle that I started a week ago. I’m 15 years old and have been training natty for the past 4 years. I’m 6’4 and 175lbs at the start of the cycle and I’m very cut (shoulder striations etc and veins on my bottom abs).

I might add winstrol towards the end idk
Edit: no winstrol, anavar for the last 4 weeks

As of the first week I’ve put on 4lbs of muscle with no visible water retention, I got leaner.

I’ll be happy to answer any questions and constructive advice and criticism. No need for criticism such as « you shouldn’t do that at 15 » yeah no shit sherlock I know but I have proper PCT a doctor etc so I know the risks but I’m trying to keep them pretty low « prepare for the worst, hope for the best ». There are some very knowledgeable people here and I’d be more than happy to have all you guys’s opinions.

Have a nice day

I’m giving this kid a chance to get input from other guys, but I’d like to believe we’re all on the same page on this one.

EDIT: @physioLojik is a former bodybuilding competitor and a practicing physician (endocrinologist, I believe). A15, I hope you’ll take his input on board if he has a chance to pop in.

Ok listen sense Chris has vetted you I’m gonna give my input.

Your 15 and have already started so I’m sure your gonna finish the cycle. I only hope that you don’t don’t do it again. Your hurting yourself more than you can imagine right now.

I can’t sit here and give you any advice. I’m not gonna critique your cycle or your physique one way or the other because I don’t condone anything your doing.

I do wish you the best of luck young man and I hope you have a ah ha moment sometime soon!

Ok sense you seem open to suggestions I’m gonna go a step further. Usually I don’t waste my time on these post because teens don’t listen they just want validation.

I’d highly recommend you stopping for numerous reasons. First is you are at the age where your natural testosterone levels are already sky high. If i could keep the test levels of a 15 yr old male I’m not sure if have ever used gear. With that being said by you using exogenous testosterone at this point in your life you are potentially screwing up those natural levels that you are blessed to have at that age. Stop now pct for 4 weeks and revisit this when your in your mid to late 20s if you still have the same desire then as you do now for the gym then go for it! But you don’t know where you will be at 26 right now. Also think about kids man I know right now you have no interest in raising a child but what happens when you meet your wife or whatever and decide that you want a kid. Messing with your hormones right now could easily affect fertility in the future. I could go on and on as to why this is a bad idea. Hopefully some more people come by and drop some reasons for you!

I have a legit question, since I’m already exposing myself to side effects and shut down and gyno etc does it really matter if I stop now or in 8 weeks? Does stopping now reduce the risk for everything that could go wrong?

I must admit, I brushed off gyno etc by thinking it’s easily avoidable with proper AI and SERM but I did not for 1 second think about fertility, that’s a great point that I should have thought about

have a legit question, since I’m already exposing myself to side effects and shut down and gyno etc does it really matter if I stop now or in 8 weeks?

Yes 100% your just barely getting started bro. If you stop now the possible chances of permanent damage are slim to none. You wait 8 weeks they increase 8 fold.

Na not how it works at all. Don’t get me wrong your shut down right now which is why a proper pct nolva 40/40/20/20 is important! But every day you stay shut down the harder it is on them nuts to get back up and pumping

Not only that bro but cycling can have crazy effects on erection and libido. You don’t want to be 18 and have a limp dick because of some cycle you ran when you were 15!

I’d just like to point out that my gear is pharmaceutical that you get in an actual pharmacy with either a prescription or a friend who works in a pharmacy. I’m not using some UGL or homemade which I think makes it a tiny bit safer

Not at all. Most ugl gear is just as safe as pharmaceutical gear. It’s not rocket science to make steroids. This add 0 to the safety level

Na not how it works at all. Don’t get me wrong your shut down right now which is why a proper pct nolva 40/40/20/20 is important! But every day you stay shut down the harder it is on them nuts to get back up and pumping

Higher dosage for short time seems better than lower dosage for longer time if you kickstart the cycle right to have high levels from week 1. Is this valid reasoning?

since I’m already exposing myself to side effects and shut down and gyno etc does it really matter if I stop now or in 8 weeks?

“I already drank a tablespoon of bleach, so does it really matter if I finish the whole bottle or not?” Yes, it matters.

Is this valid reasoning?

Absolutely nothing you have said or done here displays valid reasoning.

“I already drank a tablespoon of bleach, so does it really matter if I finish the whole bottle or not?” Yes, it matters.

So what about David Laid who has been jucing since like 15/16 ? I know it’s not because he’s fine that i’ll be fine but I’m intrigued to see what you guys think about this

No first of all front loading is way overrated. Second being shut down 8 weeks isn’t much different then being shit down for 12 weeks.

Once you get about 5 weeks in you reach a point of peak blood levels at that point your 100% saturated. The difference of 8 weeks vs 12 weeks is almost non existant

Which is why it’s so important for. You to stop NOW

If this guys been juicing sense 15 he has the worse genetics ever. His physique is 10000% possible without touching gear

I’m intrigued to see what you guys think about this

I think one kid who used steroids too young and hasn’t publicly discussed any short-term problems isn’t really much of a comfort.

This article also covers a lot of what I think about this: 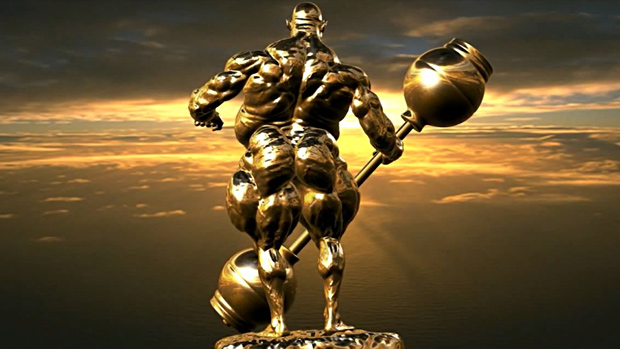 It takes extreme muscularity to make it to the top. And many bodybuilders take extreme measures to win... and even to get third place. Is it worth it?